When it comes to Star Wars canon, the fan base generally breaks down into two categories. First there are those that embrace the greater cannon, including the animated series and written works. Then there are those taking the position that if it didn’t happen in the films, it didn’t happen at all. If you fall within the latter category, you’re missing out on a lot of great content. Included in that is perhaps the best bounty hunter of them all: Cad Bane.

On screen we met Vader’s team of bounty hunters, including Bossk, Dengar, IG-88 and 4-LOM. The only one we get to see in action, however, is Boba Fett, and in limited action at that. Cad Bane, on the other hand, features prominently in Lucasfilm’s Star Wars: The Clone Wars animated series. Over the course of five-plus seasons, Bane proves to be one of the darkest, most ruthless, and diabolical characters in all of Star Wars.

Is Cad Bane the Best?

Following Jango Fett’s death, Cad Bane became the bounty hunter in the galaxy and the best among them during the Clone Wars. The indigo-skinned Duros was so good at his craft that even Darth Sidious hired him to infiltrate the Jedi temple in the episode “Holocron Heist” and those that followed.

During his mission, Bane kidnapped, tortured and killed Jedi Master Bolla Ropal, making Bane one of the only bounty hunters, if not the only one, to kill a Jedi. Sadly, Master Ropal would not be the last.

Bane would later go on to hold Galactic Senators hostage, conduct a prison break on Coruscant, and participate in a bounty hunter version of The Hunger Games in the episode “The Box”. The tournament’s prize (besides survival)? A job: kidnap Chancellor Palpatine.

Despite being an animated feature, The Clone Wars was very much adult-oriented. Dark themes permeated the series, the darkest of which often focused on Bane. The character quickly became a Clone Wars favorite, making the show’s cancellation all the more difficult for fans. Bane’s story remained unfinished, a fact Dave Filoni admitted when at SDCC he showed concept art of a proposed four-episode arc featuring Bane and Boba Fett that would have been part of the final season.

Now that Clone Wars is returning, perhaps we might get to see that story arc after all. Bane was too compelling of a character to leave his tale unfinished. If you haven’t seen Bane in The Clone Wars, I highly suggest you catch up with the series on Netflix. You don’t know what you’re missing. 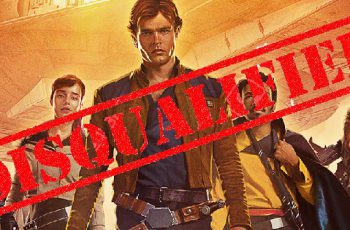 It seems the hits just keep on coming for Solo: … 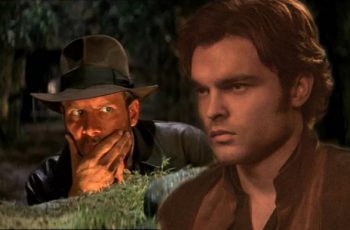 Harrison Ford is one of the most recognizable actors in …