DC has certainly been working hard to bring as many of their IPs to television as possible over the past several years. The CW’s Arrowverse shows continue to hold strong, Fox’s Gotham and SyFy’s Krypton have found their audiences and Titans will head the launch of DC Universe in the fall. Swamp Thing and Doom Patrol will join Titans on the streaming service in 2019 and will shoot this fall, but those aren’t the only projects DC will have in production. Epix Network has partnered with DC for Pennyworth, a 10-episode series that will tell the tale of the beloved Alfred Pennyworth before he came to work for the Waynes, and we have exclusive details on what to expect!

While Sean Pertwee’s Alfred has played a key role in Fox’s Gotham, he won’t be reprising the role for Pennyworth. The series, which is set to begin production in the UK in late November, will find Alfred in London in his mid-20s in trying to find his way in the world. A former SAS member who ran highly classified missions for the British government, Alfred is trying to reconcile the kind-hearted boy he once was with the ruthless killer he was forced to become. Then series will see him try to reconcile his new age ambitions with the expectations of his father, a proud, stubborn and capable butler known as Mr. P, who,along with his wife, has spent his life in service of a wealthy family and hoped his son would do the same.

Alfred’s future is, of course, inextricably tied to the Waynes and Bruce’s father, Thomas, will play a major role in the series. Alfred will find himself allied with Thomas through his work for a private security company when Thomas arrives in London in search of his sister, Patricia.. The two will be contemporaries, and the 20-something Wayne is said to be intelligent, deeply moral and idealistic, characteristics that Alfred will come to instill in Thomas’s orphaned son.

The series will see Alfred, Thomas and two of Alfred’s closest friends, Trinidadian Marcus “Bazza” Barrington and Scotsman Wallace “Dave Boy” MacDuff, take on the villainous Raven Society. Led by the mysterious Lord Hardwood and his sadistic henchwoman, Bet Sykes, the Raven Society will find themselves in what sounds like a season long game of cat-and-mouse with our heroes after Sykes abducts a dancer by the name of Esme Whitaker. The heroes will battle Hardwood and the corrupt London police force in an effort to rescue Whitaker and will have to come to trust one another to do so, setting the table for one of comics’ greatest relationships.

Production on Pennyworth is expected to wrap late next June with the show presumably airing on Epix in the fall of 2019. Stay tuned to That Hashtag Show for more on this story as it develops.

After months and months of waiting, we finally have a … 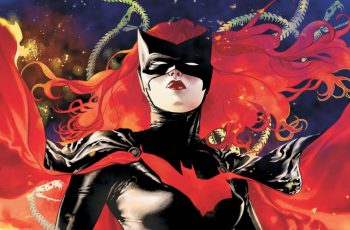