While we all impatiently wait for Red Dead Redemption 2 in October, here’s some games coin out this week we can use to pass the time.

BOTB DESCRIPTION: “Bad North is a charming but brutal real-time tactics roguelite. Defend your idyllic island kingdom against a horde of Viking invaders, as you lead the desperate exodus of your people. Command your loyal subjects to take full tactical advantage of the unique shape of each island.”

“With tactical strategy that involves understanding the strengths and weaknesses of each island shape, it’ll be up to you to defend your island kingdom against ruthless Viking invaders. With procedurally-generated islands, command your soldiers against a charming (yet brutal) backdrop making it appealing for both hardcore strategy vets and” newcomers alike.

“With an array of licensed leagues to choose from, a manager mode, improve player movements, animations, and control, along with photo-realistic stadiums, Pro Evolution Soccer 2019 has everything the hardcore and casual soccer fan is looking for.”

“It’s up to one group of brave heroes to stand against Seteki the Witch Queen and her army of mummies. Enter the Strange Brigade! In this multiplayer, third-person action adventure you’ll solve challenging puzzles, seek out rare treasures, and shoot your way through armies of the undead. So get ready to grab your friends and embark on this multiplayer adventure on Xbox One.”

BOTB DESCRIPTION: “Select one of the Grim Reaper or girl. Find escaped yokai from limbo, extricate soul that they absorbed.“

“Demons known as the yokai have escaped, spreading fear across the land and stealing souls — and it’s up to you to stop them in this bullet-hell shoot ‘em up that takes place in a unique, Asian mythology-inspired world. Includes a variety of modes on Xbox One including Arcade, Hardcore, and local co-op.”

NOTES: Like the most beautiful, trippy version of the arcade 1941 you’ve ever seen, the number of “bullets” has been multiplied by a million, causing gorgeous patterns and seizures.

BOTB DESCRIPTION: “SPLASH BLAST PANIC is a multiplayer competitive party game where you must shoot, ram, dodge and overall bully your opponents outside the screen with a variety of watergun-based weaponry.”

NOTES: Like Smash-brothers, but with a retro feel and an infectious theme you can’t stop humming for weeks!

BOTB DESCRIPTION: “3on3 FreeStyle allows players to work with their teammates to pull off rim-shaking slam dunks, awe-inspiring alley-oops, flashy no-look passes, and clutch outside shots which breaks the heart of the opposing team in competitive games filled with the joy and energy of street basketball.“

“Work with your teammates to pull off slam dunks, alley-oops, no-look passes, and outside shots to break the opposing team down in competitive games filled with the joy and energy of street basketball.”
COST: Free?!?!!?!?!?!?!?!?!

BOTB DESCRIPTION: “Survive in a harsh post-apocalyptic multiplayer landscape; DayZ is a gritty, authentic, open-world survival horror hybrid-MMO game, in which you follow a single goal: to survive in the harsh post-apocalyptic landscape as long as they can. There are no superficial tips, waypoints, built in tutorials or help given to players. Every decision matters, there are no save games, no extra lives, every mistake can be lethal. If you fail, you lose everything and you need to play again from the beginning with nothing but your wits, and your two hands. Fight the hostile environment, where every other player can be friend or foe and nothing can be taken for granted. This is DayZ, this is your story.”

“Hungry and lost, you’re a survivor in a post-apocalyptic world with no one to trust. How do you stay alive? DayZ is the genre-defining open-world MMO survival sandbox full of heart-pounding moments, emergent gameplay, and dramatic player interactions.”
COST: $34.99

NOTES: I’ve been waiting for this one for a bit, hopefully it’ll be everything I hope it is!

“Only you can help the Twin Robots pass their tests and escape the old factory in one piece! Watt and Volt are two twin robots, who have been forgotten by time and abandoned in an old robot factory. Marked as defective by mistake, if they wish to prove themselves as deserving a place in today’s world, they must pass a series of grueling tests. Watt and Volt will have their work cut out for them, but the good news is you might not have to go it alone as although both robots can be controlled at any moment due to swapping between them, co-op is fully supported, so as long as you have a friend to control the other robot, the only thing you’ll need to focus on, is what your own robot is doing.”

“Abandoned years ago and marked as defective, Watt and Volt aim to prove themselves as deserving of a place to live in the world. With a unique co-op, swapping gameplay mechanic and challenging puzzles, you and a friend will see to it that Watt and Volt can achieve their dream.”

BOTB DESCRIPTION: “This horror game collection contains three Amnesia titles: The Dark Descent, A Machine For Pigs, and Justine. Experience the series that kickstarted the Let’s Play revolution and be immersed in three living nightmares that will chill you to the core.”

NOTES: If you havn’t played these guys when they came out, do so NOW. Turn off the lights and play through some of the most creative, scary shit to ever make you shit yourself.

BOTB DESCRIPTION: “Battle as a team of 4 to compete against other teams online! Graphically, SHINOBI STRIKER is also built from the ground up in a completely new graphic style. Lead your team and fight online to see who the best ninjas are!”

“Features favorite Naruto characters and teams from the series including Naruto, Sasuke, and Team 7, battle as a team of four to compete against other online in this stunning, 4 v 4 fighting game. With a new and improved graphic style full of vivid colors, and dynamic ninja gameplay, it’ll be up to the players to fully take advantage of the vertical environments to come out on top.”

NOTES: If you like Naruto or…. Wait… you haven’t seen it?! Well, what are you waiting for!? Watch the damn series, than buy this game to continue the adventure!

“Inspired by the ‘80s and addictive gameplay, The VideoKid literally wears its inspiration on its sleeve as you hurl video cassettes through mailboxes to make some cash to take your girlfriend out on a date. Dodge mindless bystanders, pull off some epic grinds on the hoods of cars, and avoid the cops to stay alive. “

“The VideoKid pays homage to the 1980s, and the classic videogames of that era. Harking back to a simpler time of pure gameplay, take control of The VideoKid as he hurls videos through the mailboxes, or windows, of his customers to earn cash. Dodge civilians, jump and grind cars and avoid the neighborhood cops to stay alive. But this is no ordinary street… you may also encounter strangely-familiar characters from your past. How many will you spot?”

NOTES: Oh come on, a Paperboy rip-off set in the 80’s with Ghostbusters cars and BTTF references for $4!?!?!? I can’t shove cash into the Xbox One consul fast enpough?!? 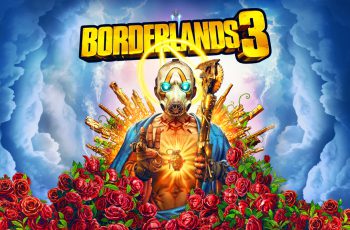 Borderlands 3 is the third (technically fourth) in a long …