Fans held a mock trial/court martial at San Diego Comic-Con last month. During the proceeding, they convicted Oscar Isaac’s Poe Dameron of insubordination for his actions in The Last Jedi. Isaac, able to see the positive in the fans’ actions, embraced the notion and applauded it.

“It’s incredible, because you have people actually engaging with the ethical question of war and what leadership is,” Said Isaac in a recent interview with Yahoo Entertainment. “With [The Last Jedi], the conversation continues and can stir real emotions. You’re having a conversation about actual things that matter, you know?”

Isaac expounded on his praise for the fans’ creativity with the court martial by suggesting another means of expression: “Make what you want to see.” While he acknowledges that making a Star Wars film is difficult for fans, he nonetheless urges fans to outwardly express their originality:

“What I think is really special about the whole thing — particularly for people that really didn’t agree with where the story went — is that it’s often a great inspiration to do your own stuff…. [A]t least from a narrative standpoint maybe you make your own thing and then show what you would want. Make what you would want to see.”

Disney and Lucasfilm actually agree with Oscar Isaac and encourage fans to express themselves. Don’t forget, the Star Wars Fan Awards are coming up. Through the contest you can do just what Isaac proposes and make your own Star Wars films. (Writer’s Note: I’m still bitter that there’s no fan fiction category, but I digress.) Granted, the grassroots movement to remake The Last Jedi is likely a non-starter. Still, the opportunity is certainly there for fans to voice their opinions in a much healthier manner than they have of late.

All that being said…. I would have defended Poe Dameron pro bono in that court martial. There was absolutely no reason for Holdo to withhold the details of the escape plan from Poe, or anyone else. Had she not done so, Poe likely would have assisted with that plan in any way possible. Instead, Holdo’s arrogance and condescending demeanor towards Poe left him no choice. With command seemingly having no plan, he did what he felt was necessary to save his people.

Of course, we can’t really blame the Admiral Holdo character, either. She, like so much else in The Last Jedi, was a victim beholden to Rian Johnson’s terrible writing. 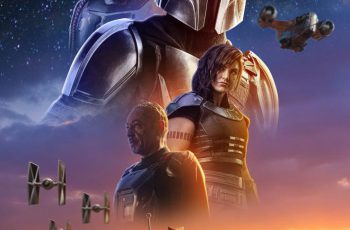 The Mandalorian season 2 is one of the most anticipated …

As many of you know tickets for STAR WARS Celebration …