Mickey Mouse will be 90 years young this year and Funko has announced they’ll be celebrating the iconic character’s birthday with new Pops, Minis, keychains and accessories.

No matter how thrilling or fantastic Mickey’s adventures are, he always manages to stay cute which means he’s the perfect choice for the Funko treatment.

Mickey made his public debut in the black and white animated short “Steamboat Willie” and has gone through several reinventions in the past 90 years. Whether he’s fighting off a giant in “The Brave Little Tailor” or making some magic happen in “The Sorcerer’s Apprentice”, his career has been filled with several iconic roles and looks. (Think of him as the Madonna of the animated world.)

Funko has teased that they have “an army of Mickey products on the way” which will include the Pop! Pens, which have Mickey toppers, and Pop! Keychains.

Funko is best known for their Pop! figures but they’ll also be offering many (if not all) of the Mickey designs as Minis. That’s Mini, as in tiny, not Minnie, as in the love of Mickey’s life.

Funko will also be offering a 10” supersized black and white Mickey Pop! that fans will only be able to exclusively get at Target stores.

The Mickey’s 90th Anniversary Collection will debut to the public this fall. 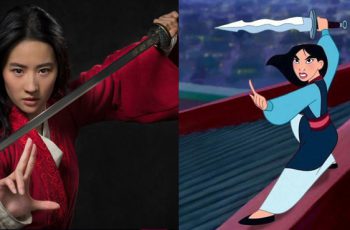