Greg Nicotero, best known for his work on AMC’s The Walking Dead has been hired to design the new look for Spawn in the upcoming movie reboot, based on Todd McFarlane’s Comic Book series. Along with his company KNB EFX, Nicotero will work with McFarlane to “re-invent the Spawn ‘look’ so it will match the supernatural theme in the movie”. McFarlane said that he’s a long-time fan of Nicotero and that working with him is “going to be a fun process”.

This year, McFarlane has announced an ensemble of award-winning talent that has signed on to the Spawn Movie Cast –  Academy Award and Golden Globe winner Jamie Foxx (Ray, Django Unchained, The Amazing Spider-man) has been cast as Spawn and Academy Award nominee Jeremy Renner (Hurt Locker, Wind River, The Avengers) has been tapped to play Twitch.

This newest adaptation—a gritty, R-rated reimagining marks McFarlane’s film directorial debut. McFarlane is partnering with Jason Blum and Blumhouse Productions, the producing force behind recent hits Get Out and Split and The Purge franchise, to develop a feature film around the Spawn comic character created by McFarlane.

The original film released on August 1st, 1997 and starred Michael Jai White as Al Simmons who becomes Spawn after being killed during a double-cross by his boss, Jason Wynn, played by Martin Sheen. The film also starred John Leguizamo as ‘The Violator’. The new film is set to be released sometime in 2019 and will not necessarily focus on the character of Spawn himself. This film will also be the directorial debut for Todd McFarlane.

What do you guys think of Greg Nicotero coming on board to design the new look for Spawn? Let us know your thoughts in the comments. Follow us here at That Hashtag Show for more information on the Spawn reboot as it is released. 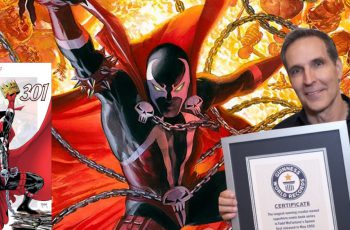 There is never a dull moment at New York Comic … 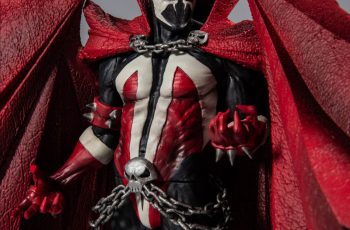