Well, Rian Johnson is back in the Star Wars news again and it looks like his Trilogy is still a go. The past few weeks all we saw were articles, posts and tweets on how Johnson’s Star Wars Trilogy was done. Most of them saying this was a result from fans boycotting because they were not happy with The Last Jedi. Adding fuel to the fire was a quote from Neal Lamont, while being interviewed by Eric Eisenberg of Cinemblend about another Star Wars spin-off:

“We were just starting our work on another Star Wars spin-off and yeah. We were actually just making our mark on Tatooine – which would have been interesting and some other new galaxies. So hopefully, if that comes back, we’ll get the chance to be able to do that further.” – Neil Lamont

As you can tell by that article there was nothing in it about the trilogy being canceled, but that didn’t stop the articles and posts from saying that it was. One of them (written on August 16, 2018 by Stefan Kyriazis) went viral in the Star Wars and film community, titled “Star Wars BACKLASH: Disney STOPS Rian Johnson trilogy after Last Jedi fan boycott?” Thanks to this article, and many others, we were playing a guessing game on what was really going on with Johnson’s trilogy.

Well today Johnson gave us an answer on Twitter. A Johnson follower asked: “@rianjohnson Are you still working in your star wars trilogy?… I’m waiting for it.” – Matt Allen @NomadKnight217. Johnson replied back “Yup. With a fist bump”. After seeing this and looking at the replies, there seemed to be a lot of support for Johnson. Let me know what you think. You can do that by hitting me up on Twitter @starwarsnerd574.

@rianjohnson Are you still working in your star wars trilogy?…

I'm waiting for it.

We got the answer from the man himself. I’m sure there will be more to come on this rollercoaster ride. So, for now we just have to wait and wonder. Where will this trilogy take us? What kind of new adventures will Johnson take us on? Whatever they are, I myself can’t wait to see. Let me know what you would like to see in this new Star Wars trilogy. 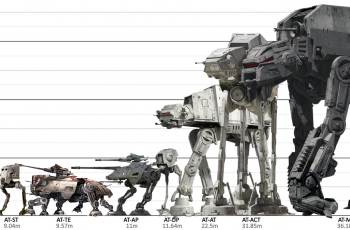 In the Star Wars universe, the term “walker” describes a … 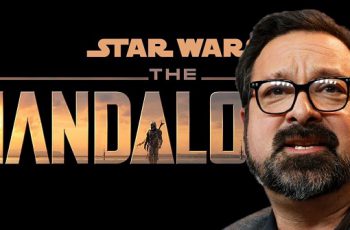 Do you scour the Internet for any Star Wars news …