New creative team and a new universe comes a new ranger, the Solar Ranger. With the new creative team Marguerite Bennett (writer) and Simone Di Meo (artist) taking over the Mighty Morphin Power Rangers series they wanted to beings something new and unique to this universe. During the Power Morphicon 2018 Boom! Studios Panel they revealed a new Ranger. What we currently know about the Solar Ranger isn’t much. The Solar Ranger is female. She exist for a very specific reason. Not being held to a budget they can explore a new power set. They talked about how her origin is amazing and have already planted seeds to it. The Solar Ranger will make her debut in September with Mighty Morphin Power Rangers issue #31 the start of the Beyond the Grid arch. 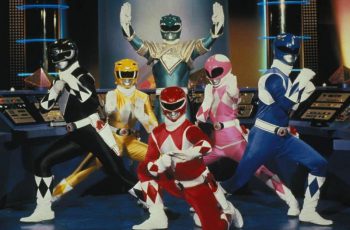 Hasbro teamed up with DJ White Shadow to make a …