We saw the debut of Tommy Oliver’s Master Morpher in Dimensions in Danger, the epic 25th anniversary episode of Power Rangers. Though we have no origin to the Morpher we do know it has the ability to morph Tommy into his past Ranger carnations.

When we first saw the promo images from Dimensions in Danger we quick noticed that Kat’s Turbo morpher seemed a little different. Besides the criticism we heard about her hand placement the key itself looked a little different. Could this different key indicate that Katherine also was in possession of a Master Morpher?

We know that Katherine has previously been other Pink Rangers including Mighty Morphin’ and Zeo so it would make sense to give her a Master Morpher. As you can see from the picture above the key is significantly different. Could there possibly be an extended cut on the horizon that shows Kat morphing into her past Ranger incarnations or is this just a prop oversight? We already know that scenes were definitely cut or trimmed for time with the recent release of the extended battle of Tommy’s and Mick seemly turning evil in the trailer. Let’s hope that there’s a lot more to this already great episode. 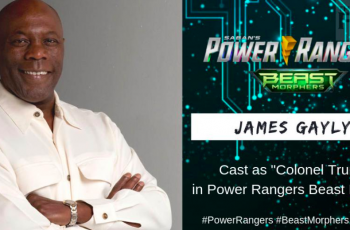