There’s been a ton of speculation surrounding Star Wars Episode IX. Rumors are circulating about everything, from what characters will appear to what planets those characters will visit. Guesses have the Knights of Ren appearing, the Hutts returning, and Luke appearing as a Force ghost to Rey, Kylo Ren, or both. We won’t know the truth until at least the first trailers are released, likely some time next spring.

In addition to speculating, we’ve also all asked what characters you’d like to see in Episode IX. I say let’s take a break from the speculation and change the topic. We’re through eight episodic films, two stand-alone films, a feature length animated film and two animated series now. (And yes, plus some unmentionable television features.) As a result, there have been countless Star Wars characters to cross our screens. So here’s my question: what characters do you NOT want to see in Episode IX? Here’s my list. 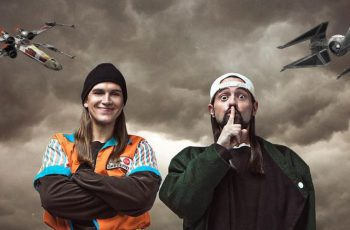 Kevin Smith says that Jay and Silent Bob reboot will …