Hot off the heels of the Dimensions in Danger, the 25th anniversary episode of Power Rangers Bandai has already release the evil robot clone Red Ranger action figure in the wild.

In the episode we saw that Lord Dravon used a robot clone of Tommy Oliver to kidnap past Rangers which promted the return of Rocky DeSantos, played by Steve Cardenas, being claimed one of his victims. The figure features the look from the show including his black gloves, boots, and black armor. It looks like the figure will also come with a Power Sword. The Evil Red Ranger will be apart of the 5” Super Ninja Steel line from Bandai America.

At this time we’re unsure if anymore Evil Rangers will be hitting stores soon but we do know that the Super Ninja Steel line will run through the end of 2018. Next spring Hasbro will be taking over the Power Rangers toys starting with the Lightning Collection. 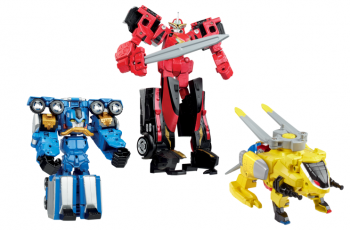 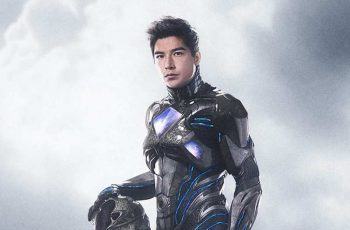 It is always fun when you catch actors in their …