When we first meet the wayward Gungan, he’s alone, frightened, confused, and in dire threat. He has no sense of order, much the same way the Republic had no order… until the Jedi came along. Protectors of those unable to protect themselves, the Jedi helped establish, and maintain, peace in the Republic, shielding it from adversity and harm. That’s what Qui-Gon and Obi-Wan do for Jar Jar Binks.

They take him in, protect him, and give him a place in the galaxy. Despite the perils he’d face in their company, they nevertheless provided Jar Jar some semblance of peace, knowing that there were those out there willing to fight for, and to protect him. 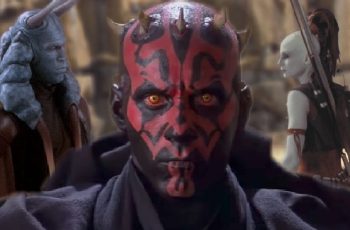 Quinlan Vos Blink and you’ll miss him, but Jedi Master …

With Rian Johnson’s The Last Jedi rapidly climbing the ranks …