The graphic novel adaption of THE BEATLES, YELLOW SUBMARINE marks the 50th-anniversary since the 1968 film. The story is verbatim of the Yellow Submarine film and Bill Morrison’s illustrations are fairly accurate to the animated feature.  The art stays consistent in contrast to the movie that employs different art techniques like rotoscope. The novel can’t hope to live up to the movie, because for one, animation has the luxury of more imagery that can’t all fit into a comic and secondly, most importantly, it can’t play the Beatles music. On its own, the book is amazing. It’s well crafted and reads well, maintaining the comedy and excitement one would hope for. Morrison stays true to the film as he recreates the Beatles adventure with Captain Fred as they take on the Blue Meanies in the hopes of freeing Sgt. Peppers Lonely Hearts Club Band and the rest of Pepperland.

At San Diego Comic-Con, Star Wars had a panel of … 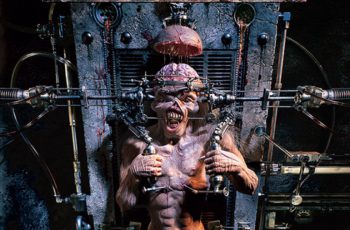