Many fans are still reeling from the 20th anniversary episode, Legendary Battle, which definitely did not live up to the hype. When Saban Brands put that bad taste in our mouth it was hard to wash it away. The feeling carried over to the 25th Anniversary episode, Dimensions in Danger. The most common complaint was that the episode was only 30 mins (22 if you don’t count commercials.) How was Saban and Chip Lynn supposed to tell such a dense story?

Prior to the episode, we knew who the returning Rangers were and what the plotline was, and almost without skipping a beat we were right, but I digress. Knowing the story had us wondering how exactly they were going to pull this off. Besides coming off like a rip-off of Shattered Grid, how was this story going to feel original? Were we going to get that sense of nostalgia that we’ve come to expect when we know Rangers are returning or was this pretty much just going to be a cameo for Rangers that don’t really have any lines like Super Megaforce?

Luckily, we were pleasantly surprised. Dimensions in Danger so how lived up to the hype, or at least what little hype there was. The story showed a great progression to the Tommy Oliver character that was much needed after his last return to the show. It was perfect that he was still in Reefside and seemingly married to Kat, with a son named J.J., which we’ll find out more about in the Boom Studios! Soul of the Dragon one-shot.

We also got the reveal of the mysterious cloaked figures from the previous episode, which turned out to be Wes from Time Force, Koda from Dino Charge, and Gemma from RPM. This made a lot of sense for two reasons. One, because it confirmed they are all from different dimensions and two, it showed that Time Force invented the technology to dimension hop, which would be a call back to the RPG spin-off, Hyperforce.

The episodes focus was on the Super Ninjas Steel Rangers, which makes a lot of sense since the show is called, well, Power Rangers Super Ninja Steel, and also on Tommy and Wes. The rest of the returning Rangers had more lines than the previous team-up, but not by much. The hightlights of the episode came with the Tommy vs. Tommy fight scene, which the extended version gives us hope there’s more that Hasbro will release and the Falconzord. That’s right, the Falconzord!

Another addition to the Power Rangers lure is and I’m sure hot item once Hasbro releases it will be the Master Morpher, which apparently gives Rangers that have had previous incarnations the ability to morph into any of their costumes. The backstory behind this, we have no idea, but hopefully we’ll get an answer in Soul of the Dragon. Lord Dravon was a little underwhelming but the action and nostalgia more than made up for that.

However, there were a few missed opportunities here. The glaring one being the Sudarso brothers. Not only did they not have them mention being relatives from different dimensions, they didn’t even have the two interact at all. Why would you bring Koda back to not have him fight alongside his real life brother? I mean they’re both Blue Rangers for crying out loud! Another missed opportunity was not making this episode at TV movie or at least a multi-parter. We could have seen robot clone Tommy recruiting each Ranger with a fight scene and given more interaction and nostalgia from the returning Rangers, especially Rocky.

The episode wasn’t perfect, but it wasn’t terrible either. Given it was only 30 mins they packed in a lot but the pace kept me wanting more in a good way. The episode felt iconic and had me cheering at all the right moments. I just wish some of the returning Rangers had more character moments, but this episode was worthy of being an anniversary episode. Now, all I can hope for is an extended cut.

Check out our live show as we discuss the 25th anniversary episode and the end of Shattered Grid. 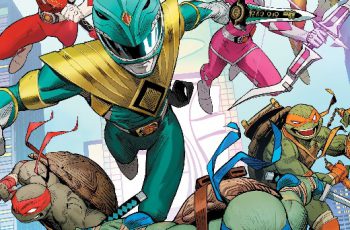 Boom! studios in association with IDW is at it again … 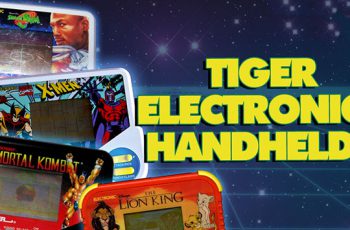 Well if a trip down memory lane is what you …