Mark Hamill back to work?

Mark Hamill is at it again teasing his fans. Sunday he posted on Twitter that he has to go to work, with no mention of Star Wars. Also, in the post he talked about the irony of America not working on Labor Day. He stated that he was posting this a day early because he is not in the “good ol’ USA.” So the question is, where is Hamill heading to?

I've always loved the irony of America celebrating #LaborDay by NOT working.
Speaking of irony-I'm posting this a day early cuz at the moment I'm not in the good ol' USA & tomorrow (wait for it…) I HAVE TO GO TO WORK! ❤️-mh #EnjoyYourBarbequesBarbecuties pic.twitter.com/GJ8yPAbF8p

Now, there is no confirmation that Hamill is working in England on the set of Star Wars: Episode IX. But we do know that JJ Abrams is currently filming there. We also know Hamill is confirmed to appear in Episode IX. What his role will be is still a mystery. In the tweet Hamill was asked what he was working on and his reply was “At the moment, a crossword puzzle.”

Star Wars: Episode IX will be in theaters in December 2019. So far there are very little details on what will happen in Episode IX. We do know because of a few leaked photos that part of the movie will take place in a forest / jungle type environment. We will also see some new and returning actors to conclude the Skywalker saga.

Star Wars fans will get a blast from the past when Episode IX is released in December. Hamill will be reunited with Star Wars veterans Anthony Daniels as C-3PO and Billy Dee Williams. Williams will be bringing back Lando Calrissian to the Star Wars storyline. Also joining Hamill will be Daisy Ridley, Adam Driver, Oscar Isaac, John Boyega and Marie Tran. Also, Lupita Nyong’o will be bringing Maz Kanata back into the story. The late Carrie Fisher will return as Leia. JJ Abrams will be using unseen footage from “The Force Awakens” to tell Leia’s story.

Hamill will also be joined by some new faces in the Star Wars Saga. The new actors are Keri Russell, Naomi Ackie, Richard Grant and recently announced Dominic Monaghan. As of now nothing is known about their roles. But in a recent tweet Monaghn expressed how excited he was to start filming on his first day.

As of now we can only assume that Mark Hamill is starting to film his role as Luke Skywalker. Star Wars fans throughout the galaxy will be waiting to see what Abrams’ plans are for Skywalker. What do you think his role will be in Star Wars: Episode IX? Let us know in the comments or hit me up on Twitter @starwarsnerd574.

SPOILERS AHEAD! There have been two main characters that have … 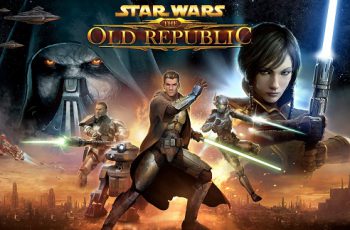 Fans of The Old Republic, rejoice! If rumors are correct, …