A recent set video has released from Spider-Man: Far From Home that seemingly reveals Samuel L. Jackson as Nick Fury and Cobie Smolders as Maria Hill meeting with an unexpected fan favourite.

Spider-Man: Far From Home is underway with it’s filming and a big difference from the first movie to the sequel is the change in location, instead of being located exclusively in New York, Spidey is going on a field trip all around Europe it seems and the cast and crew are currently filming in London.

In this set video, we can see the cast and crew of Spider-Man: Far From Home filming a scene right on the front of the River Thames. What’s more is this video officially confirms the appearance of Samuel L. Jackson as Nick Fury and Cobie Smolders as Maria Hill in this movie. It’s important to mention that this film takes place immediately after Avengers 4 and given that Fury and Hill did not survive the snap post Infinity War, we can infer that they were brought back in some way.

However the most interesting thing about this set video though, is that we can see Nick and Maria are meeting with a certain character, and that character is Happy Hogan!

Amidst all of the action and adventure going on in the Spidey sequel we can see that Jon Favreau is set to return in his role of Happy Hogan. Hogan made a very comedic and strong appearance in Spider-Man: Homecoming and previous to that was known as Tony Stark’s personal driver. It’s safe to say that Hogan is a big fan favourite and many will be pleased to see Jon Favreau return to the MCU. 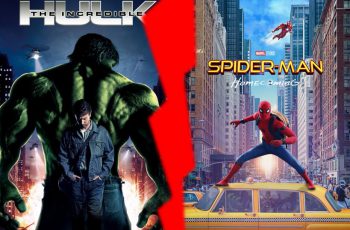 Kevin Feige recently participated in a Reddit AMA. An astute …
With the news of Loki and Scarlet Witch TV series …