Every medium has produced great and awful science fiction, and none more than film. This article series hopes to take you on a great journey through that wonderful terribleness as we explore the 10 Best Worst Science Fiction Films of the Silent Movie Era.

From a technical standpoint this movie is fantastic, stop motion is used in many clever ways to showcase a hotel of the future in this Spanish film. People get automatic haircuts, luggage moves on it’s own, and furniture re-arranges itself! Except, there is really no plot to speak of, it’s like a Resort Commercial for something that doesn’t exist even now in 2018. This movie is all heart and no substance, which is great, but also feels like a missed opportunity at the same time.

Now before you get all angry and start clacking your keyboard at me, I’m not, in anyway wat, disputing the significance of what could be the first Science Fiction film ever… but first doesn’t always mean best. Even though it was his most successful movie, French director, Georges Méliès, never considered it his best. In essence this was the Transformers of its day, sure it made tons of money and was really big, but it’s a bunch of nonsense. The first scene of this movie is 3min of people saying goodbye and changing clothes… in the same location, in the same shot. And that’s like 1/4th of the movie! They, of course get to the moon, run into some Scooby-Doo like trouble with the natives, escape, and kidnap one native  to take back home for studying… yay?

In between bouts of weirdness are the breathtaking moments like the launch sequence and the moon landing, but then it wraps up with a whole minute and a half where they just celebrate and bow and stuff, like the camera is rolling and no one knew what to do. 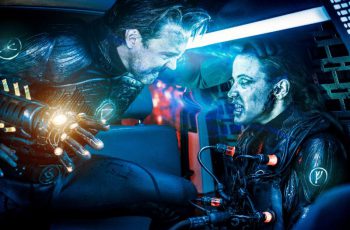 We are in the age of reboots and science fiction …