The best selling Blu-ray  of 2018 to date is the Academy Award winning best picture Black Panther!

“Amazing.  Every word of what you just said…was wrong.”  In his greatest movie ever, Master Skywalker hit the nail straight on the head.  Sorry haters.  In fact the #1 Blu-ray of 2018 according to The Numbers is none other than The Last Jedi!

Star Wars, The Last Jedi was not only the #1 Blu-ray of 2018, it wasn’t even close.  TLJ sold 3.01 million units.  The next closest was indeed Black Panther, but it was a solid 390k behind TLJ at 2.62 million units.  For a movie that is supposed to be so hated, The Last Jedi proves otherwise.  You don’t sell that many DVDs if no one liked the film, especially when it beats estimates by a solid 3 million units.

Another thing that sticks out is Disney landed the top 4 movies of the year with more to come.  Avengers: Infinity War is the biggest one left.  It is the only one that has a shot at catching TLJ, but I would not be surprised if Incredibles II doesn’t end in the top 5 as well.  Now that they are adding all of the Fox titles, Disney should own the tops of every chart.

It will be interesting to see where Solo: A Star Wars Story ends up on this list when it comes out in a couple weeks.  The box office was below expectations as we all know, but the Blu-ray sales may indicate exactly how much the low numbers were because of bad placement and advertising versus a lack of interest in the movie itself.  I feel it will do well when all is said and done.

Get excited Tsum-Tsum Fans! The Mulan collection has finally made … 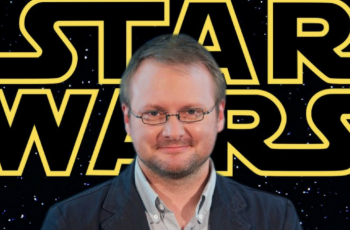 Granted, the success of a movie trailer doesn’t always equate …