Fall is quickly approaching which means it’s almost time for my favorite time of year – FALL TELEVISION PREMIERES!! Today, the CW has blessed us with a trailer for the upcoming season 4 of our favorite Superheroine of the Arrowverse, Kara Danvers AKA Supergirl!

At the end of Supergirl season 3, we found ourselves cheering Kara on as she destroyed Reign, but crying tears of sadness as she said goodbye to a couple of our favorite characters – Winn Schott (Jeremy Jordan), and Mon-El (Chris Woods), but gaining Brainy (Jesse Rath). Jeremy Jordan is slated to return when his ‘American Son’ gig finishes up on Broadway, but there are no plans to see Chris Woods return at this time.

In the Season 4 trailer, Kara seems to be giving one of her perfect Supergirl speeches about fear to Cat Co. newcomer, Nia Nal (Amber Maines) while giving the viewer a sneak-peek of what and who is to come – don’t blink or you might miss it!

“I’m not afraid of anything,’ and then something chases me back down the rabbit hole. But once we catch ourselves, we have to jump right back out there.”

While we don’t get a sneak peak of Season 4’s big bad, Machester Black (David Ajala – Doctor Who), we do see Smallville Alum, Sam Witwer’s, Agent Liberty “the ruthless and terrifying founder and figurehead of Children of Liberty: a hate group that supports a human-first world order.” Hopefully this character won’t be as big of a throw away as Morgan Edge (Adrian Pasdar.) We also get to see Mercy Graves (Rhona Mitra), Lex Luther’s long time bodyguard, as well as a new suit?!

As we all know, a lot of the Supergirl storylines come from popular Superman stories – Livewire, Black Mercy, Jimmy Olsen, as well as the upcoming “Red Son” storyline, and it seems this new suit is no different. In the trailer, we see Supergirl fighting evil in a brand new, fancy suit. To me, it looks like her new armored suit is a nod to Superman’s “space suit” in Superman: The Animated Series. If I’m correct, this fancy new suit would allow her to fly in space! Superman used this suit to fight and capture Lobo – who is also rumored to appear this season. Does that mean we’re getting a space battle?! Will this new suit give Kara and edge over Red Son Supergirl?! We’ll just have to wait to find out.

Before you set your DVR for season 4 of Supergirl, make sure to note the NEW DAY and TIME! Supergirl will be soaring into season 4 SUNDAY October 14th, 2018! Will you be watching? What are you most excited for, for the upcoming season? Let me know in the comments below. 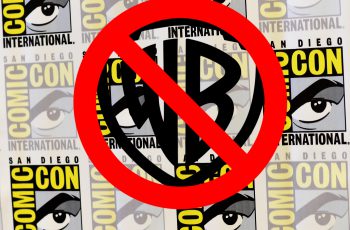 San Diego Comic-Con is coming up soon, and with that … 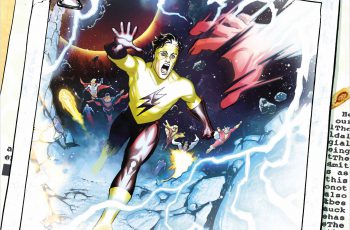