Titans will officially kick off the slate of original programming for DC Universe, with Doom Patrol being the second series which is currently filming. The third show, however, that is getting ready to start production, is James Wan’s Swamp Thing series that will air sometime next year. In the past week, we have gotten

Teen Wolf and Gotham alum Crystal Reed recently got cast in the female lead as Abby Arcane, one of the most iconic Swamp Thing characters. Literally a day after her casting, we got the news that Maria Sten (Channel Zero) landed the role of Abby’s best friend Liz Treymayne. Len Wiseman (Lucifer, The Gifted) will officially helm the pilot for the DC Universe series. But who will play Alec Holland a.k.a. Swamp Thing?

While we don’t have our Alec just yet, we may have the man who will play the physical role of the fan-favorite DC character. According to Splash Report, Friday the 13th’s Derek Mears will wear the physical suit of Swamp Thing, which is a similar approach to what Doom Patrol has been up to. Over on the Titans spin-off, Brendan Fraser will only play Robotman in flashbacks as Cliff Steele and voice the character while another actor is in the suit. This also appears to be the case for Negative Man as Dwain Murphy – who will play him on Titans – has not been listed as reprising the role on the spin-off after appearing on Titans.

Should this be true for Swamp Thing, that means that someone else will specifically play Alec while doing voice work for the creature. With filming set to start fairly soon, we will most likely know who is portraying Alec incredibly soon. For Mears, this would not be his first visit to the DC world on television. He was previously on The Flash in its fourth season where he appeared as Dwarfstar, a bus-metahuman who was able to alter the size of things and people.

DC Universe is getting ready to launch on September 15, as it will become the ultimate hub for all DC Comics fans with TV shows (old and new ones), comics, movies, and more. Titans, Doom Patrol, Swamp Thing, Stargirl, and the animated Harley Quinn series are all in various stages, with Titans being finished to air in October while the others are either filming or getting ready to film, to all air in 2019 at some point. Young Justice is also part of the slate as it is coming back for a third season, dubbed Young Justice: Outsiders.

“When CDC researcher Abby Arcane returns to her childhood home of Houma, Louisiana, in order to investigate a deadly swamp-borne virus, she develops a surprising bond with scientist Alec Holland—only to have him tragically taken from her. But as powerful forces descend on Houma, intent on exploiting the swamp’s mysterious properties for their own purposes, Abby will discover that the swamp holds mystical secrets, both horrifying and wondrous—and the potential love of her life may not be dead after all.”

Are you excited for Swamp Thing? What other DC characters do you hope to see show up? Let us know in the comments below and be sure to stay tuned here on That Hashtag Show for everything trending in geek pop culture! 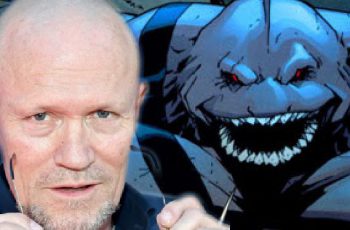 News is starting to come in fast for James Gunn’s …