Disney continues work on its Star Wars world.  Galaxy’s Edge, Black Spire Outpost continues to grow and more and more pictures are being released.  As the park continues to develop, the excitement and anticipation increases like a Kyber power source.  Lets take a look at the top 10 things we want and can expect from the park once it opens in the summer of 2019.

1 – Blue Milk, Thala-siren Milk, and What That Guy On the Floor Is Having

Since 1977, blue milk has been a Star Wars staple.  It has so far been included in three movies with a bastardized raw version in The Last Jedi.  It would be hard to think there won’t be some concoction that will simulate the blue milk.  What it will actually be remains to be seen.  Besides the blue milk, you can bet the other drinks that will be served will have all sorts of creative names and stories.

Not only will they have the family drinks, but for the first time Disney parks are allowing alcohol in their sit down restaurants.  The timing seems primed to serve the needs of those in Black Spire.  Adults will be able to down a cold one.  Granted while the base drink will be the liquor store norms, their names will most likely be much more galactic. 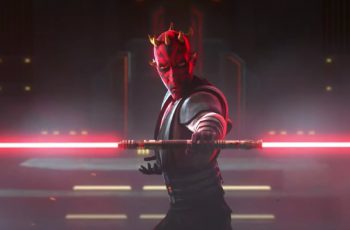 Disney Gallery: The Mandalorian, a documentary about Star Wars: The …

“The Mandalorian is set after the fall of the Empire …