X-Men Dark Phoenix is the newest addition to Fox’s X-Men franchise and is a sequel to 2016’s X-Men Apocalypse.  Franchise stars James McAvoy, Michael Fassbender, and Jennifer Lawrence are returning along with Nicholas Hoult as Beast.  Tye Sheridan and Sophie Turner portray Cyclops and Jean Grey, the new generation of X-Men.

Both Angelina Jolie and Jessica Chastain were rumored to be in the running for the film’s villain.  Chastain accepted the role of the unnamed villain in mid-2017.  Her character is described as a mysterious shapeshifter who manipulates the Phoenix and Chastain described the role as “clinical.”

The photos show Chastain and Turner outdoors in an abandoned looking location.  Both actresses are wearing gray motion capture suits.  The clothing has dots that allow a computer to create CG models of the actors and replicate their motions for visual effects.

Chastain approaches Turner with her hand out stretched.  Then Chastain grasps Turner’s throat.  In the comics, Jean Grey becomes the host of The Phoenix.  It is a god-like entity capable of both destruction and creation.  Fights against it are often mental as well as physical.  Chastain choking Turner could represent a larger fight happening on the mental plane.

Turner’s appearance in a motion capture suit suggests Jean Grey has become the Phoenix.  Filmmakers add CG elements, such as flames, in post-production.  Chastain wearing a mo-cap suit also points to the villain being more powerful than a regular shapeshifter.  Jennifer Lawrence plays the X-Men franchises most popular shapeshifter Mystique. While the X-Men defeated powerful shapeshifter Apocalypse in the last movie. 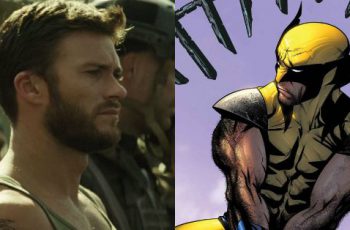 Disney and Fox’s merger is now complete. And with that, … 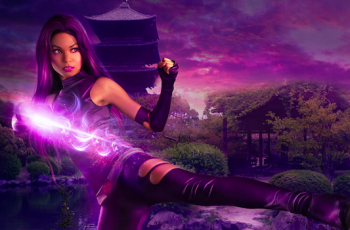