The internet was ablaze today after The Hollywood Reporter published an article claiming that Henry Cavill would be exiting the Worlds of DC and retiring as Superman.

“Be peaceful, the cape is still in his closet. @wbpictures has been and continues to be our partners as they evolve the DC Universe. Anticipate a WB statement later today.”

Be peaceful, the cape is still in his closet. @wbpictures has been and continues to be our partners as they evolve the DC Universe. Anticipate a WB statement later today.

“We have a great relationship and great respect for Henry Cavill that continues to remain unchanged. Additionally, we have made no current decisions regarding any upcoming Superman films.”

And now, Superman himself, Henry Cavill has responded to the rumor . . . at least, sorta. The caption reads “Today was exciting #Superman”. In the short video, Cavill is wearing a ‘Krypton Lifting Team’ shirt and raising a Superman action figure into the air as The Blue Danube plays over the scene.

So, what does all of this mean? Let’s start with the obvious. Henry Cavill has not backed out of his contract and has not been let go by the studio. We know that he was supposed to have a cameo in Shazam, but due to scheduling conflicts, he wasn’t able to make that happen (more on this later). We also know that on the current slate of DC films, there is currently no Man of Steel 2 or Justice League 2 on the roster. We know there’s a Supergirl film in development and it’s an origin story that would take place before Kal-El has become the adult he is in the present day of the films.

A source at WB has indicated to us that there are currently no plans to release Henry Cavill from his contract. While we don’t have the precise terms, what we’ve been told is that he’s under contract for a couple more years with 1 film left to go. We don’t know whether a cameo in an upcoming film would fulfill that contract or if it would need to be a movie he’s featured in. However, if there’s no film with Superman as a character before the term of his contract expires, Warners would be free to recast the role at that point in time. If they were to release him early, they would have to pay him out, they definitely don’t want to do that.

With the current state of the DC universe what it is and WB, at least outwardly, appearing like they’re not sure what they’re doing with it, who knows what will happen in the future. But for the time being at least, Henry Cavill is still our DCEU/Worlds of DC Superman. Ben Affleck’s future as Batman on the other hand . . . your guess is as good as mine. 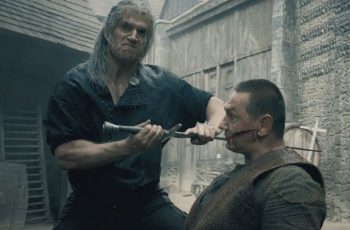 Back in January, Netflix released a couple interesting video narrations … 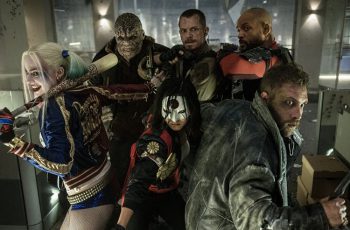 Character breakdowns for Suicide Squad 2 are out, revealing a …