On Wednesday, it was reported that Henry Cavill would no longer be playing Superman after talks with Warner Bros broke down (The Hollywood Reporter).  Shortly after the news hit, Warner Bros released a neutral statement.  Then, Man of Steel director Zack Snyder posted a response on Vevo.

Hours after the news that Henry Cavill may be leaving the DC Cinematic Universe, director Zack Snyder posted on Vevo.  It is a storyboard that shows Cavill’s Superman from either Man of Steel, Batman v Superman, or Justice League.  Snyder directed Cavill in all three of them, though he left Justice League mid-production due to a family tragedy.  He captioned the post with a line from Man of Steel, “It’s not an ‘S’.”

The timing of the message means this can only be a response to the news of Cavill’s departure.  The vague message appears to be thanking Cavill for his work and also supporting the future of the Superman franchise.  Fans of the director have continued to request a release of the “Snyder Cut” of Justice League.  They believe the film did poorly because his vision for the film was not properly realized.

After the news of Cavill walking away from Superman hit, a spokesperson from Warner Bros read a statement.  They said, “While no decisions have been made regarding any upcoming Superman films, we’ve always had great respect for and a great relationship with Henry Cavill, and that remains unchanged.”  The statement did not deny anything reported.  But Warner Bros appears to be leaving the door open if they decide to reopen talks with Cavill.

After the lackluster box office performance of Justice League, Warner Bros started a major re-organization of the people in charge of the DC film franchises.  The producer of Justice League and co-president of production Jon Berg had creative control over the films.  Warner Bros moved him to other projects after Justice League.

The change of focus at Warner Bros and Cavill wanting to do other projects may have caused the talks to break down.  Even if Cavill agreed to stay on, a Superman solo movie is not currently in the works.  Warner Bros is currently focused on the Suicide Squad spin-off Birds of Prey spin-off, a Green Lantern movie, and Supergirl.  When a new Superman movie is ready to be filmed, the studio will start looking for a new leading man.  A THR source stated, “Superman is like James Bond, and after a certain run you have to look at new actors.”

Henry Cavill has signed on for Netflix’s The Witcher.  This happened after talks with Warner Bros ended.  Now, he can choose projects that require more of his time.  He famously had scheduling conflicts during Justice League reshoots because the latest Mission: Impossible pushed back filming.  The Justice League filmmakers had to digitally remove the mustache he grew for Mission: Impossible – Fallout. 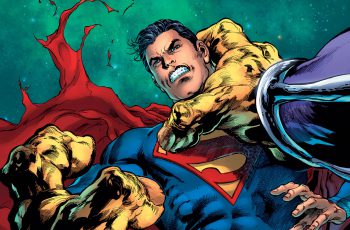 Are you ready, Superman fans? DC Comics have given all …
It was an weird and exciting day for fans of …