One of the biggest knocks against Star Wars Episode VIII: The Last Jedi was Rian Johnson’s treatment of the Luke Skywalker character. Even Mark Hamill questioned Johnson’s decisions with the character, and disagreed with them.  For over forty years Star Wars fans have loved Luke, and his passing was especially difficult. Now, Marvel Comics has made Luke Skywalker’s death a little easier to accept.

Marvel recently released the sixth and final installment of its Last Jedi comic adaptation. In it we get to see more than what was shown on film. Indeed, included throughout the comic adaptation series was more insight and character development. For Luke, that includes an inner monologue as he battles his nephew and ultimately becomes one with the Force.

In the film we learn that Luke remained on Ahch-To and used the Force to project himself to Crait. That act was physically, and mentally exhausting, however, and took all of the energy Luke possessed. The scene, as Screen Rant notes, plays out in the comic as it did on screen, with a little extra. Marvel Comics has already filled in other holes or plot elements missing from The Last Jedi. This time we get to “hear” Luke’s inner thoughts as he completes his last mission as a Jedi.

Obi-Wan Kenobi once said “if you strike me down, I shall become more powerful than you can possibly imagine.” He, like Yoda, passed from the physical life and into the ethereal realm of the Force. Now it’s Luke’s turn to join them. As he fades, memories of Tatooine, twin suns, and the happiness he’s experienced pass through his mind. There’s a sense of peace, one even Leia and Rey felt through the Force.

These insights into Luke Skywalker’s death may not ease the sting of his loss, but they do make it easier to accept. While his physical journey has ended, Luke begins another in and as part of the Force.

Mark Hamill is confirmed to appear in Star Wars Episode IX, and speculation has him doing so as a Force ghost. That would certainly fit with how the comics treated his death. Personally, I’ll take more Luke Skywalker any way I can. 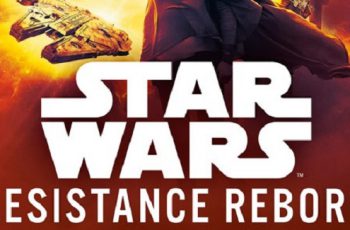 When JJ Abrams said he wanted Star Wars: The Rise … 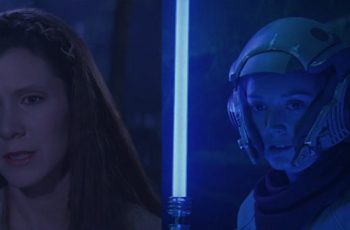