Alden Ehrenreich had some very big shoes to fill when he took on the task of portraying a young Han Solo. Some questioned whether he had the acting chops. After all, Harrison Ford perfected Han’s swagger, sarcasm and cynicism so many years ago. As important as getting the Star Wars character right, however, was getting the character’s first meeting with his best friend, co-pilot, and compatriot Chewbacca right. That process, accordingly to the Solo extras, took Lord & Miller three weeks to perfect.

Writer Jon Kasdan revealed in a series of tweets that the scene in which Han meets Chewie was the work of Phil Lord and Chris Miller…. Yes, Solo: A Star Wars Story’s original directors, before they were let go over “creative differences.”

Ehrenreich provided some insight into the scene in one of the content extras accompanying the digital release. Among the Solo extras is a feature titled “Solo: The Director and Cast Roundtable.” Screen Rant recently transcribed Ehrenreich’s comments on the shoot’s complexity:

“It took three weeks to shoot. …It was three weeks, it was the first thing we shot. And it was very muddy. I mean, what was great about it is, because that was the first thing we were going to do in pre-shoots, is that we had to work out all the fight choreography. So, Joonas and I got to spend a month working, and both doing the stunt training generally, but working through that fight choreography, and it was a great opportunity for us to really get comfortable with each other, get to know each other, joke around, and Joonas is so funny.”

Ehrenreich also noted how that undertaking, and filming that scene first, set the stage for Han and Chewie’s onscreen relationship. It also established the beginning of one of the most famous friendships in movie history.

Did Three Week Shoot Spell the End for Lord & Miller?

One has to wonder if the three-week shoot contributed to Lord and Miller’s firing. This contribution, at least, appeared to have been worth the effort. I’m sure Chewbacca actor Joonas Suotamo would agree. Although, the Solo extras also reveal that the mud made the Chewbacca suit weigh three times more than normal.

Sure, Ron Howard took over directorial duties on the film. Nevertheless, Lord and Miller certainly made their mark on the film. In this case, I think most would say positively. Of course, this likely won’t end the Lord and Miller debate. Fans will always question how much influence they ultimately had on the film.

Solo is available in digital format now, and comes to Blu-ray September 25. 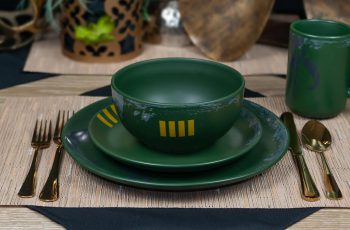 If you are a fan of eating and Boba Fett, … 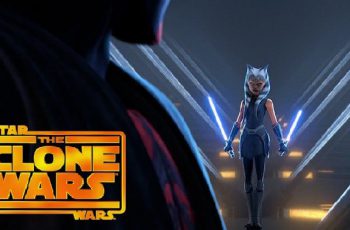 December was certainly a whirlwind month for Star Wars. We …