With the news of Loki and Scarlet Witch TV series being developed by Kevin Feige for Disney’s new streaming service, our heads have been spinning with potential characters who we’d like to see get a shot to lead their own shows. For the purposes of this quick feature, we limited ourselves to characters who have already appeared in a Marvel Studios film and stayed away from the thousands of other characters yet to make their debut, saving them for another day.

Hopefully Marvel Studios has heard fans requests and listened to Jeremy Renner repeatedly say he’s love to lead a TV series and give us one based on Matt Fraction’s critically acclaimed run. One of the great parts about Fraction’s run was how it took a deep look at what motivates and enables an Everyman like Clint Barton to stand beside gods and monsters as an Avenger. Kate Bishop was a huge part of the comic run, and while we’ve heard rumors that Marvel was looking to develop her character in a feature film, this new option seems like a perfect way to introduce another Hawkeye and maybe even a certain group of her friends…

When writer Ed Brubaker came to Marvel Comics in 2004, he brought Bucky Barnes back from the dead and into the comic mainstream as the Winter Soldier. In 2012, Brubaker penned a Winter Soldier solo series fleshing out the character’s dark past, his relationship with the Black Widow and his struggle to become the hero he once was. At this point we don’t know what plans Marvel Studios has for Bucky post Avengers 4, but we doubt many would be opposed to a 6-hour Jason Bourne-esque Winter Soldier series with some key cameos.

The digital de-aging of Samuel L. Jackson and Clark Gregg that was shown off in yesterday’s Captain Marvel trailer only served to further the idea that there is nothing Marvel Studios can’t do with their characters. We know that Captain Marvel will show us Nick Fury struggling to find his way in a post-Cold War world, meaning there are some stories to be told about THE SPY during the Cold War. As the MCU continues to grow, stories in other places and at other times have been identified as focus by Bob Iger. This one seems ready made.

Cassie Lang and the Young Avengers

I know I am stretching the limits of my own parameters here, but there’s no doubt that the two Ant-Man films have been setting up the idea of Cassie putting on the suit and becoming a hero. I’ve been behind a Young Avengers film since Cassie was first cast, but I’ve had a hard time envisioning how it would work in the MCU. The opportunity to at least let it begin as an 8-hour origin film might be exactly what it needs to hook an audience an allow these characters an entry point into the MCU.

While there are many more ideas germinating in my head, these 4 are the ones that kept me up last night. Stay tuned to That Hashtag Show for another list of character who we think now have a great opportunity to make their debut thanks to these new projects! 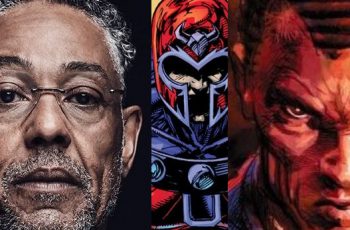 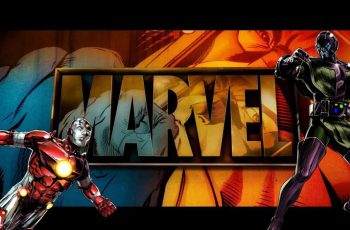 Has Marvel been setting up Iron Lad and Kang the …