“We couldn’t ignore it,” said Josie Trinidad, the films head of story of at the film’s early press day back in early August. “Memes needed to be included in our story.”

As for what qualified for “good memes,” the story team did a breakdown of what types of memes there were on the web today. First there are two Kinds of People, which compares and contrasts two kinds of people based on their behaviors and preferences. Then there is Meme Factory, which takes multiple random elements that get put together to create something funny, yet relatable. Lastly Meme Generator, similar to Meme Factory, but the elements that get grouped together are more timely and responsive to what’s happening in today’s world.

“The internet is a living organism and that means its changing every second. It’s a reflection of the fast changes happening in us (humans),” said story artist Natalie Nourigat.

According to fellow story artist, Jason Hand, the team also believed that timeliness also has a lot parallels to the overall story. “We want to be funny with the memes we create, but we also understand that the internet is a serious, hurtful place,” he said.

While the team didn’t go into detail on what memes they are including in the final film or how they would use them to counter the “dark web” elements in the main story, they did hope that the inclusion of funny and relevant things would balance things out.

“Memes have a shelf life. We hope our story is evergreen years after it releases,” said Trinidad.

Here is the official synopsis:

“Ralph Breaks the Internet” leaves Litwaks’ video arcade behind, venturing into the uncharted, expansive and thrilling world of the internet—which may or may not survive Ralph’s wrecking. Video game bad guy Ralph (voice of John C. Reilly) and fellow misfit Vanellope von Schweetz (voice of Sarah Silverman) must risk it all by traveling to the world wide web in search of a replacement part to save Vanellope’s video game, Sugar Rush. In way over their heads, Ralph and Vanellope rely on the citizens of the internet—the netizens—to help navigate their way, including a webite entrepreneur named Yesss (voice of Taraji P. Henson), who is the head algorithm and the heart and soul of trend-making site “Buzztube.” Directed by Rich Moore (“Zootopia”, “Wreck-It Ralph”) and Phil Johnston (co-writer “Wreck-It Ralph”, “Cedar Rapids”, co-writer “Zootopia”), and produced by Clark Spencer (“Zootopia,” “Wreck-It Ralph,” “Bolt”)”

Ralph Breaks the Internet will hit theaters on November 21, 2018. 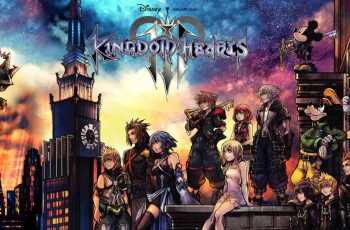 It’s been a decade since Kingdom hearts 2. and fans …
Could Canceled Star Wars Game Live On In Another Form? …