While we have a good feeling about the release of Solo: A Star Wars Story this week on Blu-ray and DVD, there are still naysayers when it comes to the second of Disney’s Star Wars prequels.

Those who dismiss Solo as a mere popcorn movie, a light diversion with no real ramifications on the overall story arc of Star Wars, are missing the point. Star Wars movies are supposed to be FUN. And that’s exactly what Solo delivered.

But if you’re looking for a bit more meat on the bones, then turn to the novelization of Solo: A Star Wars Story: Expanded Edition. You’ll find scenes that weren’t in the final cut of the film, all of which add a bit more depth to the characters and overall story.

Written by Hugo nominee Mur Lafferty, the Solo novelization is a similar story to the film, but feels different, thanks to all of the additional material that wasn’t in the movie.

In both the film and book, we learn the backstory of everybody’s favorite scruffy-looking nerf herder as he joins the Imperial Navy, only to fizzle out and become involved with some of the more unsavory characters in that galaxy far, far away.

Without giving away any spoilers, here are a few of the things you can look forward to in Solo: A Star Wars Story Expanded Edition.

With its quick pace and bonus photos from the film, Solo: A Star Wars Story: Expanded Edition has plenty to offer to fans. And it just may convince the doubters to jump back on board with The Saga.

One of the biggest knocks against Star Wars Episode VIII: … 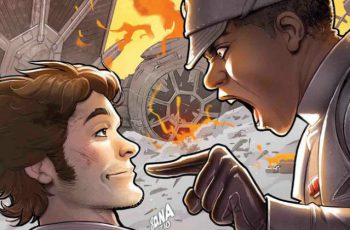 After Solo: A Star Wars Story’s performance at the box …