From Writer to Director

Karey Kirkpatrick is both the co-writer and co-director of Smallfoot and has worked on multiple feature length animations.  He did not start out as the film’s director.  “I had been brought on as a writer first because I had animation experience. And then, once I came in, they sort of asked me to start playing a larger leadership role. And then when the studio changed, and they just made big changes, and asked me to sort of step in and take over as director.”

When asked about the lessons learned from his years of experience, he said, “Well, I think, to steal from Hitchhiker’s Guide, don’t panic.”  He continued, “Don’t panic is really kind of what you end up learning. Because it’s very normal for animation to go through big changes. And I’ll tell you why.”

“Because sometimes you’re going down a path, or you have an idea, and it’s not working, and it’s hard to zoom out and go, ‘It’s not working,’ and to change direction.  Like to come in with a completely new direction. I mean some directors can, but sometimes it’s just hard to let go of. And sometimes it’s not the fault of the people who are on it. It’s hard. It’s either hard to let go of. Or it’s hard to, well, like I’m, ‘Whatever it’s changing to, I’m no longer inspired by that.’ It’s not always like, ‘You’re fired, next person in.’ It starts changing directors.  And often, more often than not, a director will go, ‘You know what, it’s no longer the story I want to tell or feel qualified to tell.’”

“And then once I took over, it’s really important to me, when I’m working on a movie, that it be about, not necessarily what it’s about, that it’d be about something else. And mostly because I think animation are our modern-day Aesop’s Fables. So, back in the day when fables and myths came about, they were usually to deal with things like the plague or whatever was going on.  So, I’m always interested in what is the allegorical fable that’s being told here and why.”

“While we were making this, Brexit happened and [the] election happened. There were migrants all over the world.  There were people that were suddenly getting more and more nationalist, more and more isolationist.  There were lots of talks about strengthening borders, not between the US and Mexico, just everywhere. And suddenly we realized… and truth was under attack. It just became… certainly phrases like alternative facts were being thrown around. So, it became an age of misinformation fueled by agendas that are often fueled by fear. And like, ‘I want this result, and so I am skewing the truth.’ That is just in the zeitgeist.”

“So, we come in, and here’s what happens in the process. Is that you’ll do anything to not work [CHUCKLES], which is talking about whatever happened last night or the news you were listening to in the morning.  But it was just like, ‘Hey, we don’t need to look very far to realize what this movement is actually about.’ Which is the importance of truth in the face of fear. And that fear is of the other thing.”

“And so, in our movie, this mountain that goes up through the clouds, where the cloud is our border wall. And it’s like, ‘We are isolation stuff here.’ And it’s a myth that’s being fueled by our bad guy who’s not really a traditional bad guy. He’s like, ‘I’m telling lies and I am actually justifying them.’ And said, ‘These are good lies because they protect us.’ And when he shows us that cave wall, I think we look at it and we go, ‘Yeah, that’s how humans will, you know, I can see where humans would react that way.’ But it was important to us to get to the end of the movie and say, ‘Not all of them.’ And the movie is trying to say there are more good ones than bad.” 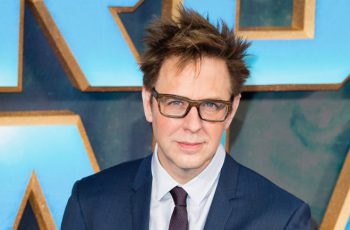 James Gunn directing a sequel franchise film about a group …