Star Wars is over 41 years old. It’s hard to comprehend that the world George Lucas created has been around for so long. As a member of Generation X, which is the second-greatest generation, Star Wars impacted my childhood in such a direct way that it still resonates today, well into adulthood. While I have watched every film in the Star Wars Universe, read almost all the old Extended Universe novels, and watched The Clone Wars and Rebels, to me the original trilogy will always be most responsible for shaping my interests for years to come.

I first watched Star Wars as a very young child. It was in a local neighborhood theater called The Cameo. It was on the East side, the Irish part of town, and my father had taken my brother and me after he grew tired of our incessant begging and pleading. From the moment the theater grew dark, and we heard the opening fanfare of the John Williams score, we were hooked. For the next two hours we were taken to a galaxy far, far away. We must have seen Star Wars four times in the theater alone. Each time we saw it, we came away more impressed than the last.

What was a Jedi? Who or what was a Sith? What’s the Force? What was the deal with all those creatures in the cantina? Would I rather be Luke or Han? Was the Millennium Falcon the coolest spaceship in history? These questions were debated at length at home and on the playground. Almost every single one of my friends was hooked on Star Wars as well. It had become a global phenomenon. The children of Generation X had this central point which defined who we were. Remember, this was before even VCRs were readily available. If you missed it playing in the theater, then you missed it period.

To me the most lasting legacy of Star Wars will always be the action figures. My family was poor. My father worked three jobs and my mother worked two. Times were very very tough. My brother and I, like many other kids, begged our parents to get us these wonderful 3 3/4 inch figures. We could only get one, maybe two if we were lucky, at a time. We just didn’t have the extra money. However my parents found a way to get us these as best they could. When we were able to become more financially healthy, and many years later when an adult me really appreciated the sacrifice my parents made, our burdens lessened.

In my teens I kept as many of these old toys as I could, boxing them up and storing them in the attic, hoping one day to pass them on to my own children if ever had them. I loved those action figures so much. They were played with them outside, inside, in the car, on the stairs, in the yard, and on the carpet. I pretended our dog was a monster and that he wanted to stop Luke and Han from escaping from some incident I had created in my vivid imagination. The possibilities were endless. If I didn’t have an action figure, maybe one of my friends would, so I’d lug my guys to his place and we’d play for hours there. My youngest daughter now plays with my old figures and ships. This makes me infinitely happy. She loves Star Wars as much as I.

Halloween was a wonderful time to be a Star Wars fan too. If you were lucky, you could buy one those wonderful Ben Cooper costumes. I can still smell the plastic of the bodysuit. I can still hear my breath creating sweaty condensation on the inside of the mask. I’m fairly certain I still have the bruises from not being able to see too well out of the eye holes. Every time Halloween rolls around, I get nostalgic for these wonderful, and more than likely toxic, costumes. If they still fit me, I’d find one and buy it. Underoos too.

It was three long years until 1980, when we’d be able to visit the Star Wars universe again. There were so many theories and unanswered questions. Did Darth Vader really get burned by lava? Was his ship still spiraling out of control in the space where the Death Star blew up? What adventures could our heroes have next? There was little information coming out, usually just what we read about in Starlog or Fangoria magazines. First came The Empire Strikes Back, then in 1983 we saw Return of the Jedi. I saw both of those in the theater as well, and it was as exciting as anything I could have hoped to see. For me though, the sun rises and sets with the original.

While Star Wars has existed in many platforms since 1977, there is nothing to compare to that original theatrical viewing. My buddy Muzzy and I always see the new movies together whenever they run in the theaters. While we see them in huge cineplexes now, and we can buy our tickets with our phones (and select where we want to sit!), nothing matches the excitement of the original, the first time. My eyes were wide open, my imagination was endless, and my whole life was ahead of me when I first saw Star Wars at The Cameo.

The Cameo went dark in the early 1990s. Whenever I find myself on the East side of the city, I always drive slowly past it. It never fails to bring a smile to my face, because I remember what it was like to be a child. And if I close my eyes tight enough, I find myself joyfully seated between my father and my brother once again. 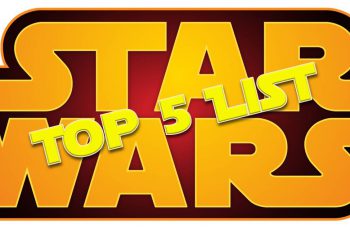 Well, it’s over. The Skywalker Saga has ended. Episodes 7, … 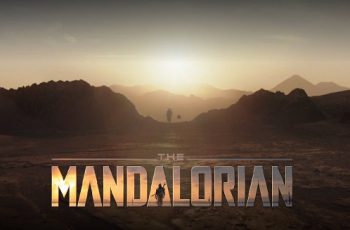 The Mandalorian‘s third episode, “The Sin”, tops everything that the …