Here we are 15 years after the best by far anniversary episode of Power Rangers and Amit Bhaumik, writer of said episode, is still dropping nods to things that hit the cutting room floor. Below are 2 scenes that were cut down more than likely for times sake.

Now some of you might think this is a total throwaway line that Skull moved to Stone Canyon but it is seriously a great hardcore ranger fan nod. Stone Canyon is the home of Rocky, Aisha, and Adam BEFORE they took Jason, Trini and Zack’s spots on the team. Plus we never did get a reason or how the heck Bulk and Skull made it back to Earth.

Next is the scene is an obvious nod to classic Bugs Bunny line.

Seems our buddy Amit totally forgot that the Alien Red Rangers name was Aurico, but then again maybe cause he was morphed. But did you pick up on the famous trope of “Should have made a left turn in Albuquerque”?

We have had anniversary episodes since, “Once a Ranger”, “Legendary Battle” and most recently “Dimensions in Danger” but here we are talking about this same episode. If you scour the interwebs for the production footage you will see that the original concept was to make this an extra long episode, possibly a two-parter. Either way its nice to know that still to this day that this episode holds a place in all our “Forever Red Hearts”

Along with the Lord Drakkon figure, another exclusive for Power … 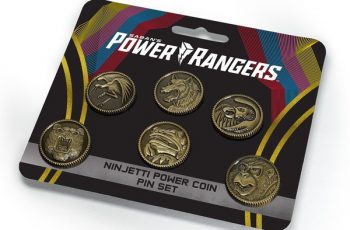 Want to show off your Sentai smarts or Power Ranger …