Yesterday, we revealed the first image from the live-action Aladdin and tonight during Thursday Night Football, we got our first look at Disney’s live-action Aladdin, directed by Guy Ritchie. Not much was shown in the teaser but we did get a glimpse at the magic lamp and our first look at Aladdin himself, played by Mena Massoud. It looks like the film is sticking pretty close to the animated classic and in the music we even heard the classic tune play from the Disney film.

We’re excited to see more of this film like Will Smith’s Genie and Naomi Scott’s Princess Jasmine, but hey, it’s called a teaser after all.

Author Timothy Zahn will be the first to tell you: … 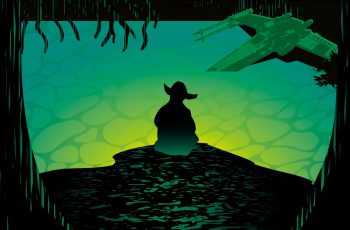