Capt Cash is a prominent cosplayer who’s attended a number of cons all over the country. He has cosplayed as movie, comics, and TV characters such as Dr. Doom, Oberyn Martel from Game of Thrones, Matt Murdock/Daredevil, and a Thor, and has been featured on sites like Nerdist, Syfy, and Comic Book Resources. He is also a father of a little (soon to be two) boy(s) who will occasionally accompany him on his cosplay shenanigans.

What got you started as a cosplayer?

I started back in 2005. I lived in Japan and a buddy of mine wanted to go to the Tokyo Game show. I’d never been to a convention, but decided that if I was going to do something dorky, I was going to do it all the way. We got dressed up as a pair of anime characters, met a bunch of cool people, and wound up in the national newspaper. I was hooked immediately.

Which costumes are your favorites?

I love Thor because I had to flex all of the techniques I’ve learned over the years like soldering, foam crafting, sewing, and stage makeup. It also required the creation of Stormbreaker, a three foot long hammer/axe. Thankfully, there were a number of tutorials online to get me started. It took about two months and probably 120 hours of work to bring it all together.

The Demogorgon was one of my more intense builds. It includes a mask that covers my whole head, a body suit that I covered in chunky liquid latex, and a pair of stilts to make me appear taller. All of the teeth for it were made by hand.

Yondu Poppins was a fun mash-up. I don’t take myself too seriously and this was a fun way to express it. I hadn’t used this kind of body paint before so being blue (literally) was fun and different. I also had a speaker that I hid in my bag that played music from the Guardians of the Galaxy and Mary Poppins soundtracks.

What awards have you received over the years?

Best in Show at the Superhero Race, Best Concept at Steel City Con, and I’ve received a couple of honorable mentions at Wizard World cons.

Overall it is extremely welcoming. We’re all a bunch of nerds that at one time or another were excluded or made to feel like we didn’t belong. I think there is a conscious effort to keep people from feeling that way within the community.

What kind of positive impact has cosplay had on your life?

My cosplay is how I got to meet the cast of the Defenders at San Diego Comic Con in 2016. As far as professionally, I’m not really looking to make cosplay a career as much as a fun hobby that I can do with my friends/family.

I want all of my coplays to have a positive impact, but every year I also raise money for a local charity to help fight child abuse. It’s part of the Superhero Race. In the last three years, I’ve raised over $1,000.

Is there anything unexpected you’ve learned along the way?

I like how in learning to cosplay you pick up other skills that perhaps you never planned for. I learned to sew, which you might expect from this hobby, but I also learned about soldering and programming.

Do what you’re passionate about. It’s not worth building a costume if your heart isn’t in it.  Also, don’t get discouraged. The hardest thing to do is to start. Keep working on the project.

Capt Cash hopes that his cosplay will continue to make people smile and make their day a little brighter. Give him a follow on Instagram at: @captcash 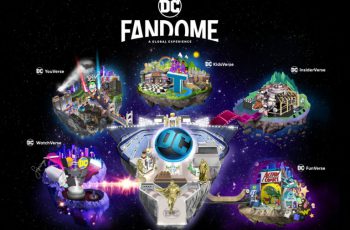 A few months ago I wrote an article and hypothesized … 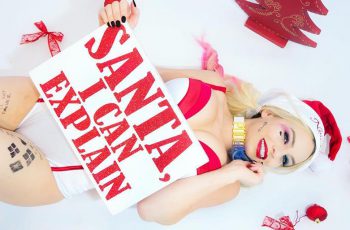 We’ve been following Nicole Winters for a long time on …