Rori Lane is a half Japanese and half Irish teenage girl who never really got in touch with her Japanese side.  However, that is about to change as she will discover more than she is expecting in Wayward Vol. 1.

Lane is on her way to Japan to live with her mother and has high hopes for her new life there.

After Lane gets settled in to her and her mom’s new apartment she is left alone to explore the city.  Lane is walking down a dark alley with her groceries and a group of cats start following her. As she walks further men start harassing her, then Ayane appears.

Ayane is a teenage cat girl or is made of cats like some kind of feline Voltron or maybe just really is attached to cats.  Anyway she is fighting off these attackers easily when they turn into turtle monsters or since they are in Japan, yokai. Lane is terrified and a power awakens in her and she sees red ribbons.

These red ribbons show her a pathway to escape.  She follows the path and parkours up a wall and Ayane follows.  Lane will randomly sees these pathways and never really knows why or where they lead, but they always seem to lead her into the right direction.  At her first day of school these ribbons lead her to a boy like her, Shirai. Shirai has to eat spirits to survive, but when her does it gives him extra strength and resistance to harm.

Lane, Ayane and Shirai start working together to fight yokai and discover why Lane has this power and what it means.

I have seen this comic around for a while and it has been calling to me.  It is hard to say why I resisted reading it for so long. The only thing I can think of is I thought it was going to be to kid friendly and simplistic.  However, I was wrong and I really enjoyed this comic.

Right from the beginning I got an anime vibe from the comic.  If I was told this was an anime adapted to an american style comic I would not have been surprised.  The format of how the story unfolds, how characters interact and the humor is right from an anime. These are not negative things they make me miss watching hours and hours of anime.  If I had to compare it to an anime in particular I’d say maybe Bleach or maybe even Yu Yu Hakusho.

I got really interested in the characters and their origins.  This was a real page turner for me. The story progressed really fast and all the characters seemed really overwhelmed by the villain.  I really want to know more about everyone and how they will work together to defeat the villain.

The art was bright and colorful and I love that kind of art.  However, even though this seemed very close to the anime style it didn’t have really exaggerated features or moments which some anime has.  I liked that and I think it makes the comic more accessible to the American audience unfamiliar with anime or manga.

As much I liked this comic it just was missing something which I can’t put my finger on.  This is a great comic, but just didn’t 100 percent do it for me. 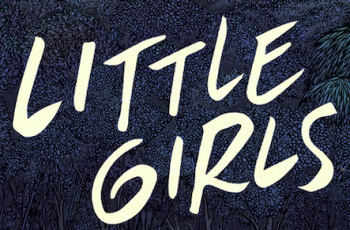 Image Comics is pleased to announce an eerie, hauntingly original … 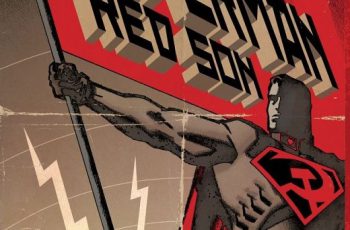 Story Synopsis: Superman: Red Son What if Superman landed not …