With Hasbro officially taking over Power Rangers in 2019, there could be a world of possibilities for what Hasbro could do with the franchise. And the first thing on their list: a live 2-day entertainment event.

Now, details are super sparse about this, but Hasbro’s Casey Collins has spoken to the media at Brand Licensing Europe last week and said “Now that we control the entertainment we are able to integrate new product offerings or ideas into the shows which will do more for our (licensing) partners. We want to work with best-in-class partners and sometimes less is more. I would rather work with top partners in each of the categories rather than taking a shotgun approach and just signing a deal to sign a deal. Those days are long gone.”

Before the fans start thinking that this live event is a revival of the previously canceled Power Rangers Live stage show that got canceled, it doesn’t seem to be, just because it’s only going to be a 2-day event but it could an event that happens in 2 cities for the 2 days.

The dates for the event are June 20th and 21st, which land on a Thursday and Friday. This event could potentially be happening during the hiatus for Beast Morphers and just a few weeks before San Diego Comic Con.

Hopefully, we will get more information soon on this, as well as what to expect from it. 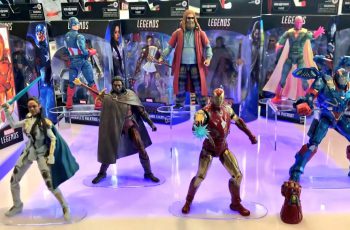 Well Hasbro has started off SDCC with a bang. During …