Evangeline Lilly was amazing as the superhero the Wasp in this summer’s Ant-Man and the Wasp.  However, becoming a costumed crime-fighter was not the actress’s original intention.  Lilly recently talked about her motivation for taking on the role of Hope van Dyne, the Wasp. 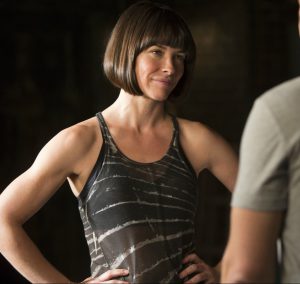 At the end of Ant-Man, Lilly’s character of Hope is presented with the Wasp superhero costume.  When asked if suiting up was always her goal, she said, “It was in the original script that I was sent, when Marvel and I were sort of courting one another. Hope was given the suit at the end of the movie.”

Believe It or Not

“So, I knew that it wasn’t in the first film. I knew that if she were to ever become a superhero, it would be in the second film. But believe it or not, and you might not, but the truth is I didn’t actually sign on to get there. I liked Hope, I just liked her character.”

“I really was… Originally when I was sent the script, there was this very intense ambiguity as to whether or not she was a good day or a bad guy. And that carried through the film until about three quarters of the way through the film. And you were never really sure whose side she was on until the climax of the film.”

“And I loved that.  I’d never had been given the opportunity to play someone who was somewhat villain-esque.  And so, I was excited about that, and I loved her intelligence, and I loved her strength, and I loved that she also had this beautiful redemptive moment with her father, and they were just so many strong things about her as a human being.”

“That really, to me… Getting to put on the suit was never the point, it was never the goal, it was more of a bonus. It was like, I got to be a part of something really cool and then, ‘Oh! There’s this sweet incredible bonus at the end of it.’ But now, I also get to become a superhero.” 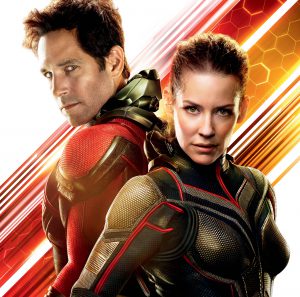