So Walt Disney World has updated their ticket pricing module, and it is now leading to a rumor about Star Wars: Galaxy’s Edge.

So thanks to the team at WDW News Today, it’s potentially sounding like Galaxy’s Edge will be opening between December 17th and December 20th, 2019. Now, that reason is actually that of the new ticket pricing module. The module is showing that theme park tickets can be purchased through December 16th, 2019. But it is also showing tickets for a preview event (which we can only assume could be for Galaxy’s Edge).

And with this new ticket pricing module and internal rumblings, it’s definitely sounding like mid-December, Galaxy’s Edge at Disney’s Hollywood Studios. But then again, fall ends on December 20th, and we know that Disney had previously announced that late fall is when the new expansion is opening.

Yeah, I could be reading way to into this, but from what previously announced earlier this year, the potential for the new area to open mid-December seems pretty unlikely. But until the official date gets announced by Disney, I would keep this in the rumor pile for now. 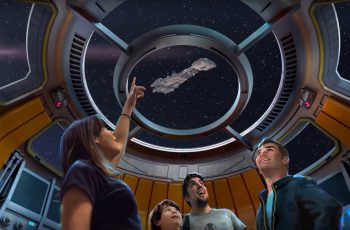 D23 is in our rear-view mirror. Many properties were announced …

We are just 3 weeks out from Disneyland opening Star …