Two sisters will help pull your loved one out of hell for a very reasonable rate in Exorsisters #1.

At a wedding Gloria is in the middle of reciting her vows when a group of demons show up.  They say her husband to be, Glenn, owes a debt to hell and they are coming to collect. Glenn is dragged down to hell in front of Gloria’s eyes.  After no one remembers seeing this but Gloria. They all say he stood her up at the altar. Gloria’s only choice was to call a pair of sisters.

Kate and Cate Harrow are called by Gloria and venture into hell to help people as their job. It is no big deal to make a quick stop there. They seem very familiar and comfortable interacting with demons and the other creatures who inhibit hell.

The Harrow sisters investigate Glenn’s life to see what debt he owed and to whom exactly. However, a trip into hell revealed a shocking truth about Glenn and his debt.

I was looking forward to a dark and creepy comic for Halloween.  This comic seemed to fit right into the desire for something spooky.  However, I was wrong and this is not spooky at all and is actually more of a comedic comic.

All the colors are bright and vibrant.  Hell is not scary at all and doesn’t seem like too bad of a place end up according to this comic.  Quite a bit of comedy happens in hell like seeing a demon possessed by a six-year-old girl instead of the other way around.

The story was very boring as well.  I had a really hard time finishing the comic.  After every few pages I would check to see how many more I had before it was over.  However, this is not a bad comic and is done competently. I just found it lackluster and devoid of anything to piqued my interest.

If we learn more about the sisters and how they got into this line of work it would be much more interesting.  I want to know how they got the power or discovered the power to enter hell. A funny comic about hell would be hard, but to have the comic not even be funny is a huge problem for the comic.

This is only the first issue so this can turn around and get more interesting.  However, I don’t see that happening. The story is not what I hoped for, the art is not what I wanted and was really down by the comic.

Cover by: Lagace and Pantazis 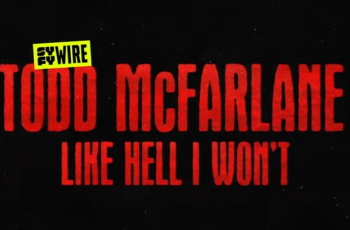 San Diego Comic-Con is in full swing. It has the …