In 2019 Star Wars will give us the “Age of” comic series. This anthology of one-shots from Marvel will cover many characters from three different eras: the Republic; Rebellion; and the Resistance.  In promoting the upcoming comic series, Marvel announced that one of Star Wars’ most controversial characters will be returning. That’s right, Jar Jar Binks is back in Star Wars: Age of Republic #1.

Age of Republic #1 will give us new stories on some of our favorite characters from the prequel era. Mace Windu, Captain Rex and Asajj Ventress is enough to get anyone excited for this comic. But, with Jar Jar getting his own story in it as well, that’s enough for any Star Wars fan to pick up this comic.

Jar Jar’s story started in The Phantom Menace. There we saw how clumsy and accident prone he was. The Gungan  then went on to work with Padma Amidala as a representative for Naboo. But, as always, Binks finds a way to mess things up. This screw-up paved the way for the Empire to take over the galaxy due to Jar Jar being convinced to propose emergency powers to Supreme Chancellor Palpatine. Who knew that he would have such an impact on the Star Wars storyline.

Did Jar Jar Turn to the Dark Side?

Binks’ last appearance in the Star Wars storyline was in the novel Aftermath: Empires end. There we found him performing as a street clown and being shunned by both the Gungans and Naboo for his part in helping the empire rise to power. Will the goofy Gungan ever get to redeem himself or did he know what he was doing? Only time will tell.

“My no so sure.” The Gungan makes a hmm sound. “Mesa thinks it cause-o Jar Jar makin some uh-oh mistakens. Big mistakens. Der Gunga bosses banished me longo ago. Mesa no been to hom in for-ebbers. And desa hisen Naboo tink I help the uh-oh Empire.” (Jar Jar Binks in Aftermath: Empires end)

So, are you excited about Binks return? Do you think he knew what he was doing the whole time? What do you think about the comic “Age of” series? Let us know by leaving your comments here or by hitting me up on Twitter @starwarsnerd574. 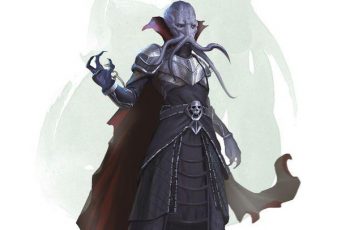 The Mandalorian, Lucasfilm’s first live-action Star Wars series for Disney+ …
Thus far it’s been a great summer for fans of …