Volume 4 of the Go Go Power Rangers comic series by BOOM! Studios is getting released July 9th, 2019, and new details for it have been released.

The new volume will be covering issues #13-16, which start the post-Shattered Grid storyline. In these issues, we get to see Trini and Jason fall in love, the Rangers swap colors, and the origins of Tommy’s Green Ranger Power Coin. The art for the volume is being taken over by the new artist for the series, Eleonora Carlini. Meanwhile, the story is being written by Ryan Parrott.

The volume is currently up for preorder on Amazon for $15.29. But, for right now, you can check out the cover and the synopsis below.

After failing several times against the Mighty Morphin Power Rangers, Rita Repulsa returns to a conquered planet to retrieve a weapon she vowed to never use.

In the aftermath of the bestselling Shattered Grid event, the Mighty Morphin Power Rangers must stop Rita’s sinister plan to acquire a new weapon. But when Jason and Trini follow Rita into a magic portal, they get more than they bargained for when their connection to the Morphin Grid gets crossed and their powers become transposed. Written by Ryan Parrott (Star Trek: Manifest Destiny) and illustrated by Eleonora Carlini (Batgirl), this arc of Saban’s Go Go Power Rangers gives the Power Rangers a new look like never before! 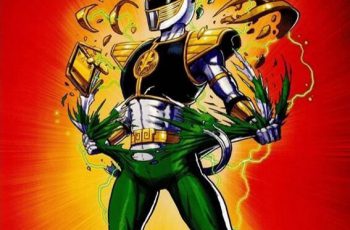 Legends Comic and Games has released two exclusive variants for … 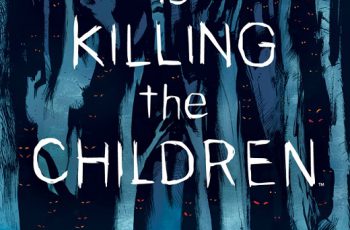 Story Synopsis: Something is Killing the Children #1 Four teenage …