Recently we were fortunate enough to break the news that Marvel Studios had solidified its 2020 slate of films which would feature Black Widow and The Eternals. Thanks to a source with knowledge of the production, we now have Marvel Studios targeted start date for The Eternals. The Chloe Zhao-helmed film which Marvel Studios hopes will kick off a new franchise is tentatively scheduled to go into production in September of 2019. That start date puts the film on track for a November 6, 2020 release, right where we told you to expect it.

Marvel Studios is expected to assemble a very diverse cast for the film which is set millions of years ago when the cosmic beings known as the Celestials genetically experimented on humans, creating the super-powered individuals as well as more villainous off-shoots known as Deviants. The two groups went on to battle each other throughout history to see which would eventually become the ultimate race. Even if the production should be shuffled around by a few weeks in either direction, we should expect the studio to start looking at casting sometime early next summer. The Eternal Sersi, who served as an Avenger for a time, is expected to be one of the film’s leads. In the comics she was known to love living among mortals during her life, even making her way into Greek mythology as the Greek witch Circe. It is expected that she’ll play a major, recurring role and Marvel Studios will be looking to land a unique and diverse star for the role.

While many fans were hopeful to see a Doctor Strange sequel in the fall of 2020, the studio has put their eggs into The Eternals basket. Zhao will be working from a screenplay by Matthew and Ryan Firpo and will be in a unique position to tell the stories of the earliest eras of the Marvel Cinematic Universe, stories that could possibly put into motion any number of spinoffs and sequels.

Stay tuned to That Hashtag Show this week for more on Marvel’s other 202o film and for more on The Eternals as it becomes available. 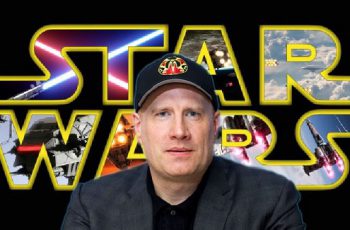 Marvel Studios has been awfully cagey when it comes to …