When Lucasfilm first promoted Star Wars: The Force Awakens, it teased that Finn (John Boyega) would be the central character. It did so with images of Finn wielding a lightsaber. That led Star Wars fans to believe Finn would be strong with the Force. Of course that wasn’t the case. That role fell to Daisy Ridley as Rey. With a recent tweet, however, Boyega seems to be teasing us again.

Finn thus far has been a bit underwhelming through the first two films of the sequel trilogy. He was a deserter in Episode VII, and an attempted deserter in The Last Jedi. It wasn’t until he faced betrayal and his own death that he final became the “rebel scum” we’d hoped he’d be. Now, in replying to Twitter user Chris Ryons, John Boyega has implied that there’s more in store for Finn in Episode IX. 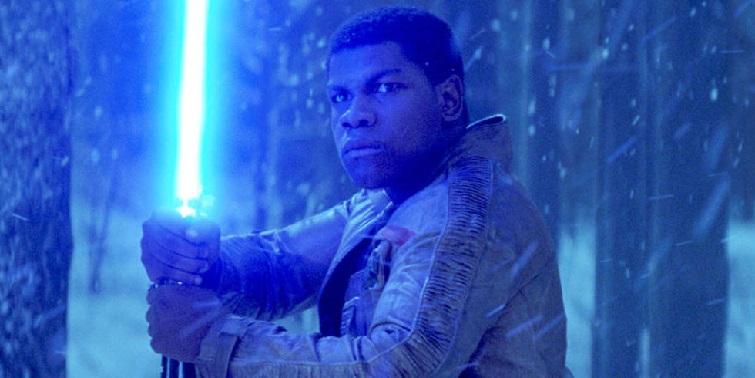 Ryons expressed his desire that Finn will truly shine and become the “badass hero” Ryons has been waiting for. (Chris – For now I’ll ignore the fact that you seemingly stole the idea of Finn “shining” from my article entitled “Star Wars: Episode IX is Finn’s Time to Shine“.) As Comic Book points out, however, Ryons also hoped in his tweet that Finn will again wield a lightsaber. Boyega responded by saying “We’ve got you in this one bro. TRUST me!” You can view the Twitter thread here:

Hopefully my man @JohnBoyega will truly shine in IX and the Finn character will be shown as the badass hero I've been waiting for him to be since VII.
..and hopefully he'll wield a saber again.. https://t.co/3OxjrK9A5c

Will Boyega’s Finn Wield a Lighstaber again in Episode IX? 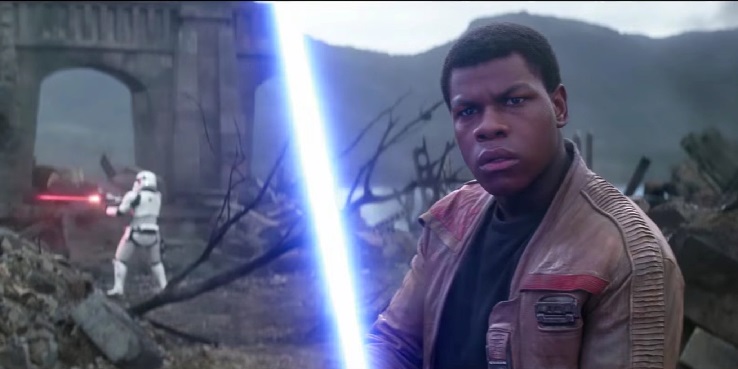 As we know, Finn took up the infamous Skywalker lightsaber twice in The Force Awakens. Once he used it to defeat a former First Order Stormtrooper compatriot, and then again in vain to defend Rey from Kylo Ren. Was his comment “TRUST me” meant to suggest that Finn would find himself holding a lightsaber once again? I don’t think so.

First and foremost the Skywalker lightsaber, one that’s been around since the early days of Anakin Skywalker’s Jedi training, was destroyed. The Force struggle between Ren and Rey literally tore the weapon in two. If Rey is to continue her training (enter Mara Jade, maybe possibly), she’s going to need to construct a new one for herself. The chances that Finn will end up using her weapon again seem unlikely. 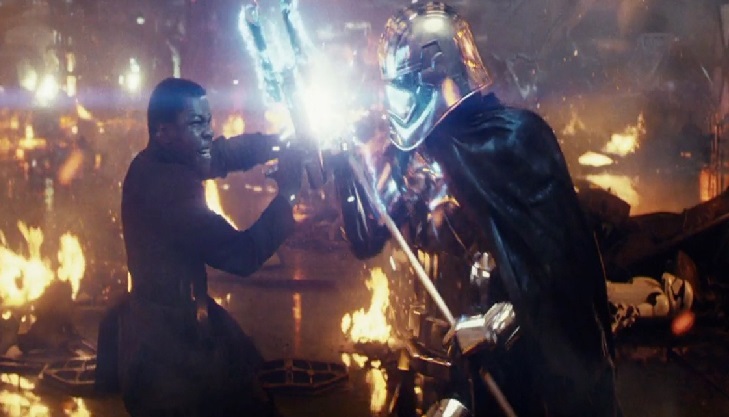 No, I think Boyega is more likely referring to Finn following up on his “badass” fight with Phasma, and taking on a bigger role in the Resistance. Let’s face it: if all that’s left of the Resistance can fit inside the Millennium Falcon, he’s going to have to.

We’ll find out whether he does or not when Star Wars: Episode IX hits theaters on December 20, 2019.