Now what story does Rian tell of bacon-boy.  Post-Jedi is largely a blank slate.  It is a slate we need filled in through comics and books, but of course that will come after the trilogy is over with.  Luke says there was balance for many years.  This means he did not start his academy for some time.  In many ways this makes sense.  Look at what Luke actually knew post-Jedi.  It wasn’t much.  His every action and teaching had not been to learn the force but to learn tolls and weapons to defeat Vader and his Emperor.  I’d imagine the next several years were learning beyond what he had been taught with the help of the force ghosts Yoda and Ben.

The next line we get from Luke is a very eerie shade of what Ben tells us back in Ep VI.

Ben: “I took it upon myself to train him as a Jedi.  I thought I could instruct him just as well as Yoda.”

Luke: “Then I saw Ben, my nephew, with that mighty Skywalker blood, and in my hubris, I thought i could train him and pass on my strength…..I took him and about a dozen students, and began a training temple.  By the time i realized i was no match for the darkness rising, it was too late.”

Luke fell trap to the one thing that has tripped up pretty much every single Star Wars character with any power – over-confidence.  Luke eludes to the fact that after Endor, he became a legend and it might have gone to his head a bit.  The galaxy knew him as the last great Jedi who took down the Empire.  People even in today’s world fall victim to this type of thought.

Look at all this great power in my nephew.  I am the great Luke Skywalker.  I can make him the greatest Jedi ever.  An entire Jedi council had this same thought some ~75 years earlier, and ignored one Master’s advice not to train a boy. One Master saw the danger and was ignored because the Jedi were better than that.

According to Luke’s own words, by the time he realized what was happening it was too late.  He couldn’t stop it.  Now comes the greatest ‘what if’ question you could ask someone.  If a child were placed before you, and you were told this child would cause a war beyond any imagination, causing the death of millions, what would you do?  Would you kill it?

Luke had not only lived through such an evil, he had gone toe-to-toe with it.  He lost a hand.  He was fried by it.  He had seen countless friends die at the hands of it.  If you looked into the force and saw a boy about ready to cause the exact same darkness, and you could not stop it, what would you do?  Could you kill a relative, a child, to stop it from happening again?  For  a split second Luke answered that question with – yes.

Luke then came to the conclusion that wasn’t the way.  Sadly it was too late.  Ben wakes to see his master standing over him, about ready to kill him.  The damage is done, and Kylo Ren takes over.

Imagine the pain Luke is feeling at this point.  He gets knocked out and when he comes to, everything he built, everyone he trained, was either a traitor or dead. How many of you would be: “Well fucked up that batch.  Better go recruit some more and try again.”  Luke’s sense of loyalty demonstrated time and again in the OT, says all this is HIS fault.  He is a failure.

Look at pop culture today.  How many get these over inflated egos.  They think they are Gods of their realms  until the unforeseen happens and they lose everything.  Many don’t come back from that.  In fact some do not survive it.  Luke exiling himself makes perfect sense.  Besides think of what will happen when the galaxy finds out you created this monster.  Would you want to face that?

Luke falls prey to perhaps the biggest weapon of arrogance – you have to be perfect to carry on.  If you are not perfect, you cant do it.  Yoda would chide him on this later.  It is a master’s job to not only teach success, but failure as well.

It isn’t until Luke runs into Rey’s uninhibited belief in him that he even ventures back to the force after closing himself off for so long.  Seeing Rey with Kylo sets him back a bit, but after a swift, Rafiki-like smack to the head from Yoda’s stick does he wake up. 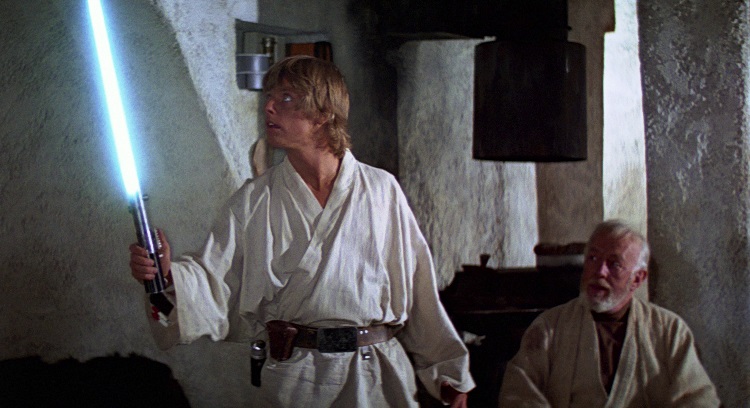 Do you guys want The Russo Brothers directing a future … 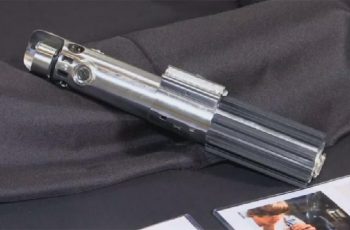 If you were planning on bidding on one, particular piece …