Not What We Wanted But What We Deserved

“Time it is. For you to look past a pile of old books.”

I know we all were thinking we would see Luke with his “laser sword” swatting down AT-ATs and AT-M6s like pinatas, carving up legions of troopers like they were puppets.  We wanted to see Luke in all his splendor and glory fighting like the greatest Jedi ever.  We did.  It just wasn’t in the form we were expecting.

For Luke to reach across the galaxy and not only create a force-image like he did, but to also control it for as long as he did, took an effort almost no Jedi could match.  He knew the effort it would take, and he knew the price.  He did it any way.  Here is where the loyalty and devotion he showed throughout the OT comes in.  He gave up his life to save those that mattered.  What Rey felt at the end spoke volumes.  “Luke is gone. I felt it.  But it wasn’t sadness or pain.  It was peace and purpose.”

While  a lot of people didn’t like the “broom boy” scene at the end, it further shows the greatness of what Luke Skywalker did.  His sacrifice became more.  He became a martyr.  Martyrs cant be touched.  They cant be destroyed.  Luke became an inspiration to a galaxy including one little boy who was a slave.

All of the Legends material was largely unfocused until the New Jedi Order books came around.  Notice outside of one or two rare exceptions, they are adventure books.  The good guys never do anything wrong.  There is no real growth in the characters, but even when it starts its with Jacen, Jaina, Anakin and Ben, not with the parents.  The parents just become bigger and more powerful.

What Rian gave us was what would have been the true story of Luke, not the legends and myths of a lost Jedi. If Luke were real, he would be much closer to the version Rian showed us than what haters can’t let go of.  In fact the version Rian gave us was greater and more powerful than any other version for this reason – Rian’s Luke wasn’t a perfect Luke.  He was a Luke that failed, and when the right help came along, got back up and gave everything he was.

Bring on the counterpoint Goodman! 😉

3.  Luke Skywalker. Biggs Darklighter tells us that Luke is … 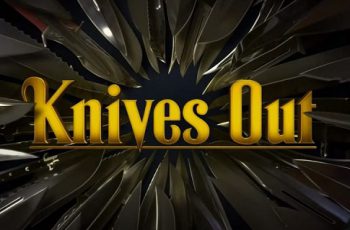