The Hellboy reboot has been up and down for years now.  Guillermo Del Toro wanted to keep his story going, but that fell through.  It failed to find traction for a time, but now it is roaring forward.  Not only that but each bit of news adds flavor aimed to please the fans.  From Wings to Spiderman 3, Thomas Hayden Church has played it all.  Now he joins the Hellboy cast as Lobster Johnson.

Church habitually gets cast as the moron of the group.  He is one of those actors born to play the idiot.  Probably most well known for his early role as Lowell, the butt of every joke and moron on staff, on the TV show Wings for 5 years.  His look and voice branded him to these roles, so many of his subsequent jobs followed this pattern.

Along came 2007 and Spiderman 3.  Known as the worst of the Tobey Maguire Spiderman movies, Church played Flint Marko, aka-Sandman.  The role was fairly bland for the most part, but at the same time when it came time to spell out Marko’s motivation for stealing, Church brought a vulnerability and believably to the role.  He did a great job bringing a humanity to Marko when it counted.

In Hellboy he will play the hero Lobster Johnson.  Knowing little about Hellboy beyond the Del Toro movies, my first thought when guessing who is this Lobster Johnson was he was a hero that was part lobster or had giant pincers for hands.  I couldn’t have been more wrong.  Lobster Johnson is actually a hero from New York that fought both Nazi and monsters.  He and his team would die off as his story advanced, but death would not stop him.  Lobster came back as one of the strongest ghosts in the Hellboy universe.  He excelled with his pistols and branded his victims with his mark.

This does not sound like the type of role you cast a typical dunce.  Church is gonna have to stretch himself for this role, but he has the talent to pull it off if he hits his marks.  This sounds like more good news for the movie when it releases in April of 2019. 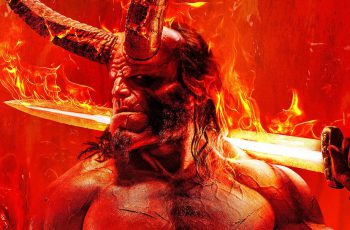 When we received the first trailer for the new Hellboy … 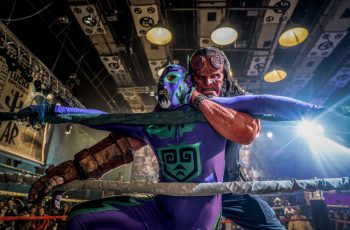 No, this isn’t a typo: Hellboy is set to make …