[WARNING: Article contains spoilers for Star Wars Resistance episode 7. Read on at your own risk.]  If we’ve learned nothing else over the first 7 episodes of Star Wars Resistance, we’ve learned this: Kaz is in way over his head. I almost feel sorry for the burgeoning spy. It seems Poe Dameron may have asked too much of the young, New Republic pilot. That became painfully obvious in Resistance episode 7, entitled “Signal from Sector Six.”

Resistance episode 7 begins simply enough with a touch of comedy that’s becoming one of the show’s trademarks. Bucket wakes a sleep Kaz with an airhorn siren as Yeager informs the newest “mechanic” of his crew that he’s to fly a salvage mission. The “salvage” mission conversely turns out to be a rendezvous with Poe. Commander Dameron needed to speak to Kaz without prying ears and eyes lurking about as they would on Colossus.

The two engage in some much needed flying practice as Poe puts Kaz through his paces in an asteroid field. Nevertheless, Kaz grows frustrated as he can’t quite master one of Poe’s signature maneuvers. It’s at that point, however, that things go awry. The two receive a distress signal from Sector 6, leading the pair to investigate. Things go even worse in Resistance episode 7 when they reach the source of the signal to find a freighter ravaged by pirates.

The Monkey-Lizards of Resistance Episode 7

BB-8 and his stand-in (while BB-8 is with Kaz) vie for Poe’s attention and praise. They pick up a faint life form reading and the four move to investigate. They quickly learn that some of the ship’s cargo, a bunch of Kowakian monkey-lizards, has gotten loose. (Apparently Poe really hates monkeys: his reaction to the situation was a comical bright spot of the episode.) Older Star Wars fans have seen the monkey-lizards of Resistance episode 7 before:

Jabba the Hutt’s lizard-monkey, Salacious Crumb, in ‘Return of the Jedi’. (image: Lucasfilm)

Resistance episode 7 then takes another dark turn. Monkey-lizards can grow to what seemed like almost Rancor-like size, one of which decimated the crew and pirates alike. Notwithstanding, Poe, Kaz, and the droids find one survivor. They narrowly manage to escape, and Poe asks Yeager and Kaz to bring the survivor back to a medical droid on Colossus. Yeager reluctantly agrees as an idealistic Kaz takes a punch to the nose in an effort to help the woman of unknown or species.

It turns out Yeager was right. Synara, the survivor, was no freighter crew member. She was one of the pirates, and Yeager and Kaz just invited the enemy right into their midst. The list of spies on the station has now grown to include one of the pirates presumably from the “Triple Dark” attack.

It will be interesting to see where the events of Resistance episode 7 lead, and who prevails in the cloak and dagger espionage battle to gain control of Colossus. 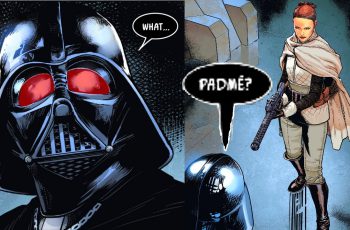 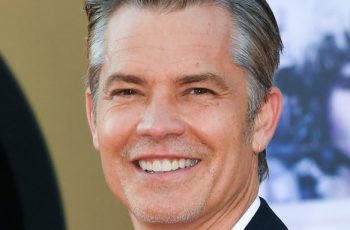