It has been recently announced that The Eternals is one of the movies that Marvel Studios has got in the pipeline for the upcoming years of Marvel movies, recently Kevin Feige has had the opportunity to discuss the film.

The Eternals is a Marvel property that even some hardcore fans might not even recognise. It is essentially an unknown quantity in the MCU and Kevin Feige knows this.

In a recent interview, Kevin Feige had this to say about the film:

“Your reaction about not being familiar with the Eternals is perfect, because most people weren’t familiar with Guardians [of the Galaxy] and believe it or not there were people that were not familiar with Avengers or with Iron Man. So for us, it’s finding great stories whether people have heard of them or not and bring them to the big screen in as amazing a way as we can.”

Kevin Feige most certainly has a point here. Guardians Of The Galaxy was a very strange property for Marvel to adapt into a film due to it’s presence in the wider pop culture world being practically non-existent. GOTG could have easily been a box office bomb but the movie instead became an instant classic and one of the MCU’s most loved films. Even characters like Iron Man were risky ones to go with as the ones to launch this brand new cinematic universe but you all know how it ultimately turned out.

The Eternals is looking to be a fun and interesting addition the the MCU canon. The superhero genre is getting more and more criticised as of late for lacking in new and original ideas, The Eternals is sure to deliver something fresh and new for audiences to feast their eyes upon, and given that it will be Marvel Studios behind the project; we are sure it will be a top quality finished product.

The film will also be directed by Chloe Zhao who is known for her independent work such as The Rider and Songs My Brothers Taught Me, which she wrote as well as directed. Zhao will be the third female director of the MCU following Anna Boden (Co-Director of Captain Marvel) and Cate Shortland (Director of Black Widow).

Marvel’s The Eternals is currently in pre-production and will be looking to release post 2020. 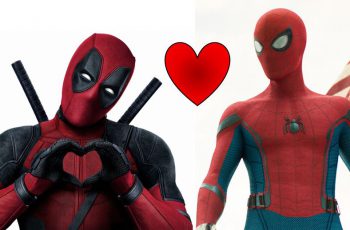 Could Deadpool be joining the MCU in an upcoming Spider-Man …

According to a new production listing, Guardians of the Galaxy …