This was a hard issue to digest.  I reread it twice and then read issues 1-5 to put everything in the proper context.  This is a good issue.  It does so much while not really much at all.  It does it in such a way that is unique and enjoyable to read.

To sum up to this point, Selina is in a city, not Gotham.  Part of her is still running from Bruce and the failed nuptials, but there is more.  Whatever city she is in has two issues she has to deal with.  The first is her comatose sister, Maggie, who was introduced at the end of issue #3 and throughout#4.

The other issue is Mrs Creel.  We do not know much about her in-depth, but we know from earlier issues, when she removes her make-up, she is literally removing her face!  Not only that this bitch is manipulative, cunning and…well…a bitch!  This woman is positively horrid!

One thing i love about this issue is how it plays out her murdering her husband through lethal injection while playing Selina fighting for her life at the medical ward where Maggie is being kept.  There was something almost poetic to how the actions unfolded next to each other.  As Mr Creel is getting injected and Maggie is about to be injected, the panels turn into Selina’s fight for her life and her sister’s unfolding as Mr Creel cuts and slashes himself from the drug.

Mrs Creel is clearly creating a false sympathy story to allow her to keep her dead husband’s Governorship.  She feels his vicious suicide will garner her sympathy votes.  To clearly define what a callous bitch she is, she complains what a bore the funeral of her late husband was and tosses his flag to her son telling him to do something with it.

Meanwhile, Selina gets pistol whipped and wakes up in the cellar of the Creel mansion.  There is an absolutely beautiful panel here that shows her state of mind and what emotions she is fighting within.  I will not spoil it if you haven’t read the issue yet.  The alt cover above does give some beautiful insight though.

Needless to say she wakes pissed and ready to even some scores.  What Mrs Creel’s fascination with Selina is, and what Selina will do about her current predicament we shall have to wait til next month. 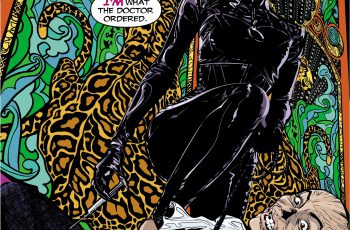 First off the cover of this issue is brilliant.  I … 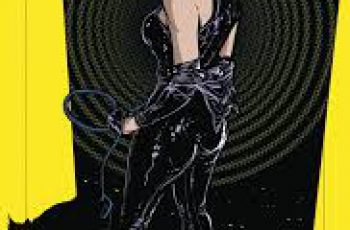