Disney Started off with Galaxy’s Edge.  First, Chapek announced the name the Millennium Falcon ride. He also introduced a second ride. The official name for the ride is Millennium Falcon: Smugglers Run, and guests coming into the land will get to ride the most famous ship in the Star Wars universe in 1 of 3 unique flight roles.

The second ride, which we haven’t heard about up until now is called Star Wars: Rise of the Resistance. This ride is going to put guests in the middle of the fight between The First Order and The Resistance.

The video was filmed inside of the actual ride, but there is no other information out for it at the moment

These new rides will also be integrated into the Play Disney Parks app, and guests to the land will be able to receive achievements while waiting in line for the ride.

Disney also announced is that John Williams will be doing the score for the land. They showed off a video John Williams conducting the London Symphony Orchestra at Abbey Road Studios in London, England recording the music, along with an update on the construction of the area in both Disneyland and Disney’s Hollywood Studios.

There’s going to be so much more to do in the land. You’ll be able to visit a street market in Black Spire Outpost. There you can shop at food stalls and get delicacies like authentic Blue Milk. Thirsty? Visit the Cantina and see Rex, and have a drink. You might even encounter all types of creatures from the Star Wars canon and universe.

Along with this, all new concept art for the Star Wars hotel was shown off as well, and we are getting another look at what to expect when it opens:

Now, according to Disney:

“This groundbreaking experience is unlike any resort experience you’ve ever seen. From the moment you board your launch pod, it’s a fully-immersive, multi-day Star Wars adventure aboard a luxury starship complete with high-end dining, space-view cabins and all of the exciting action you would expect from an authentic Star Wars experience.” 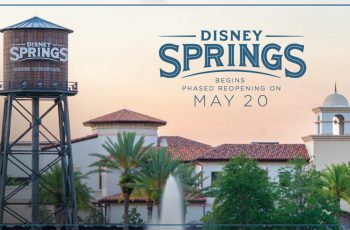 It seems like Walt Disney World might be inching closer …
Epcot’s “Illuminations: Reflections Of Earth” fireworks show has graced the …